Does your gun's motor grip get warm after a lot of semi-auto fire? The original motor might not be able to keep up with you! Upgrading to a similar torque motor will make the gun more efficient. I'm going to explain motor upgrades in a very simple way for beginners to understand. Advanced techs can chime in about motor specifics however I find that it is going to be a vague concept for the initiated which is why I choose to keep it simple. 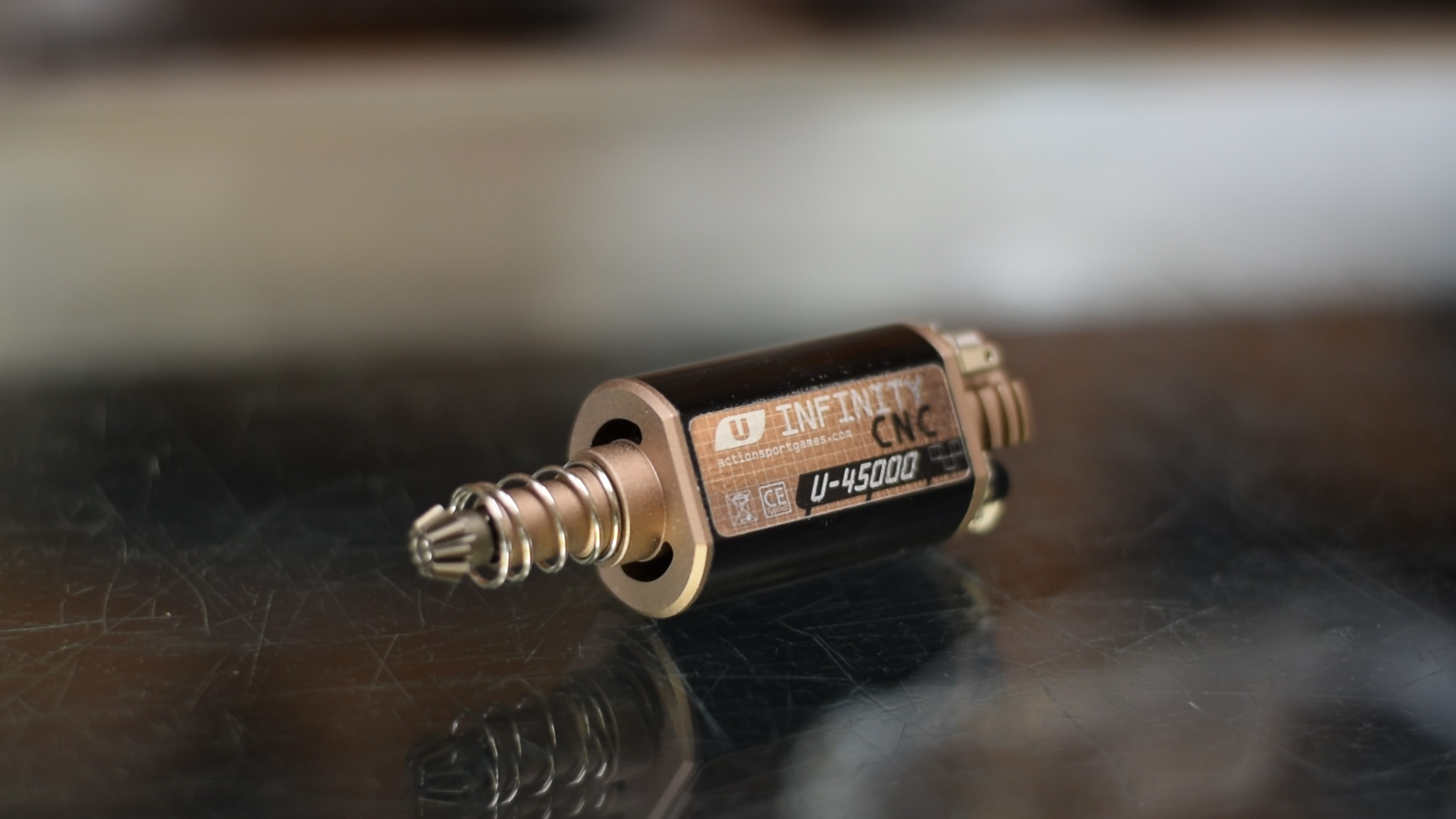 An upgraded motor, even if it gives you the same rate of fire as the original that it replaced will typically be more efficient due to the better components found inside such as a better magnet. You might want to upgrade your motor to pull a heavier spring (for higher fps), increase your rate of fire, or just increase trigger response. Trigger response is what we experience when we pull the trigger and the mechanical time it takes to cycle a round through the gearbox. On an upgraded gun, it is near instantaneous and can provide a huge advantage for players who shoot semi-auto exclusively, especially when the action gets up close and personal and a split second means getting that kill or that walk of shame back to respond.

Making small changes at a time is the ideal method to alter your AEG's performance. If you plan to do a complete custom build, your motor selection, spring rate, gearing, and battery type that you select all have to work in synergy. 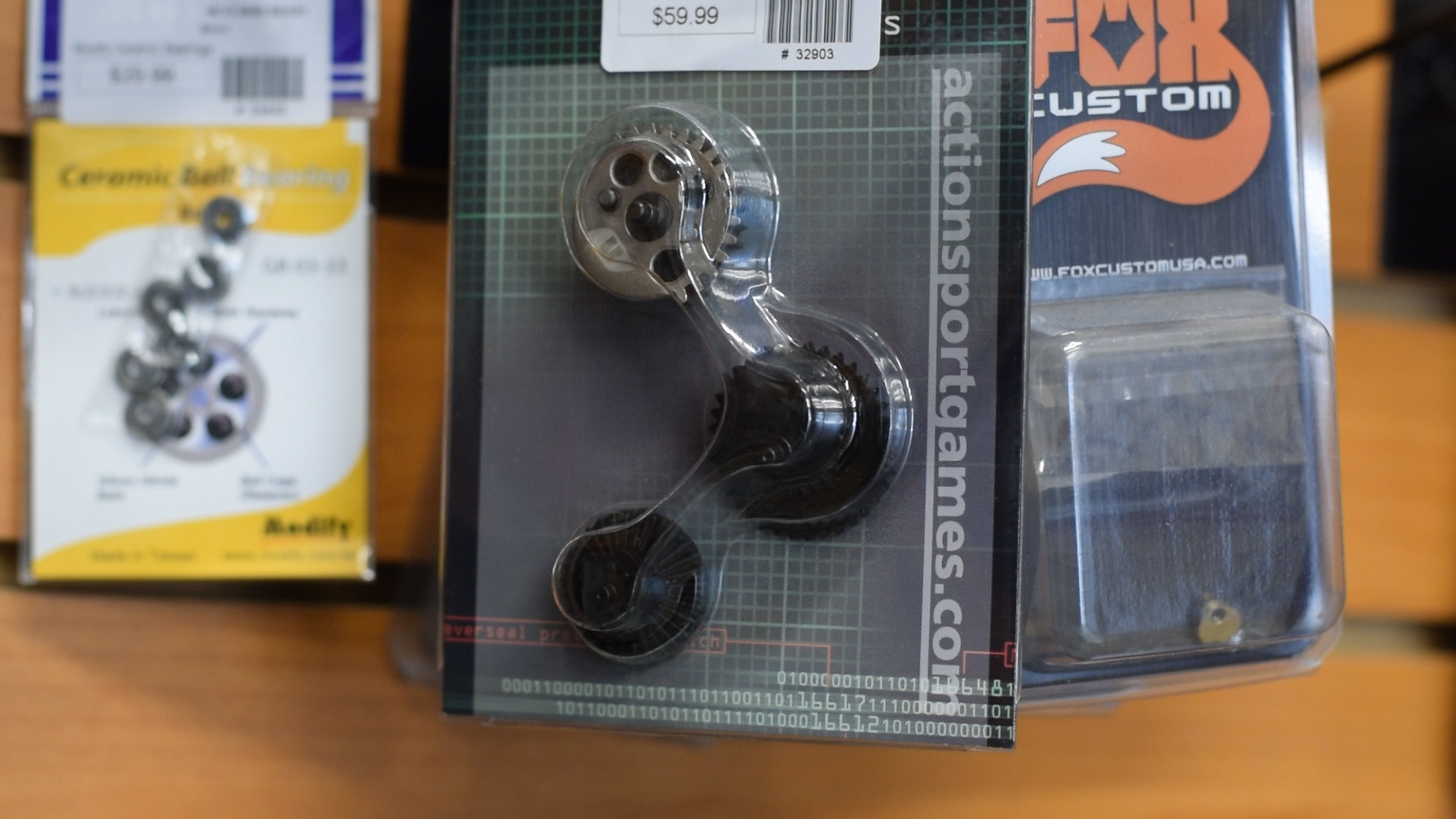 For today's topic, I will use a stock ASG M15 SIR Sportline as my reference gun. It shoots 1J and performs adequately in stock form. With a 9.6v battery it will put out 15 to 17 rounds per second (rps). The first thing that would bump up my rate of fire is using an upgraded battery such as an 11.1v Lipo. The higher voltage does wake up the gun, however making everything run faster than harder without internal upgrades will be taxing on your components. I would not recommend this if you aren't prepared to service the gun down the line. I mention batteries right now because you can do this without opening up your gun. You can also use a nicer battery in conjunction with the motor upgrade.

Speaking of which, if you intend to run LiPos, as mentioned, components wear out faster, particularly the trigger switch. If you are not prepared to have the gun opened up to have this component replaced, do not run Lipos. If you are getting things upgraded, MOSFETs are an upgrade that can boost your electrical system's efficiency which can increase your rate of fire slightly and are a must when you want to protect your trigger contacts. Your gun will be Lipo ready at this point. 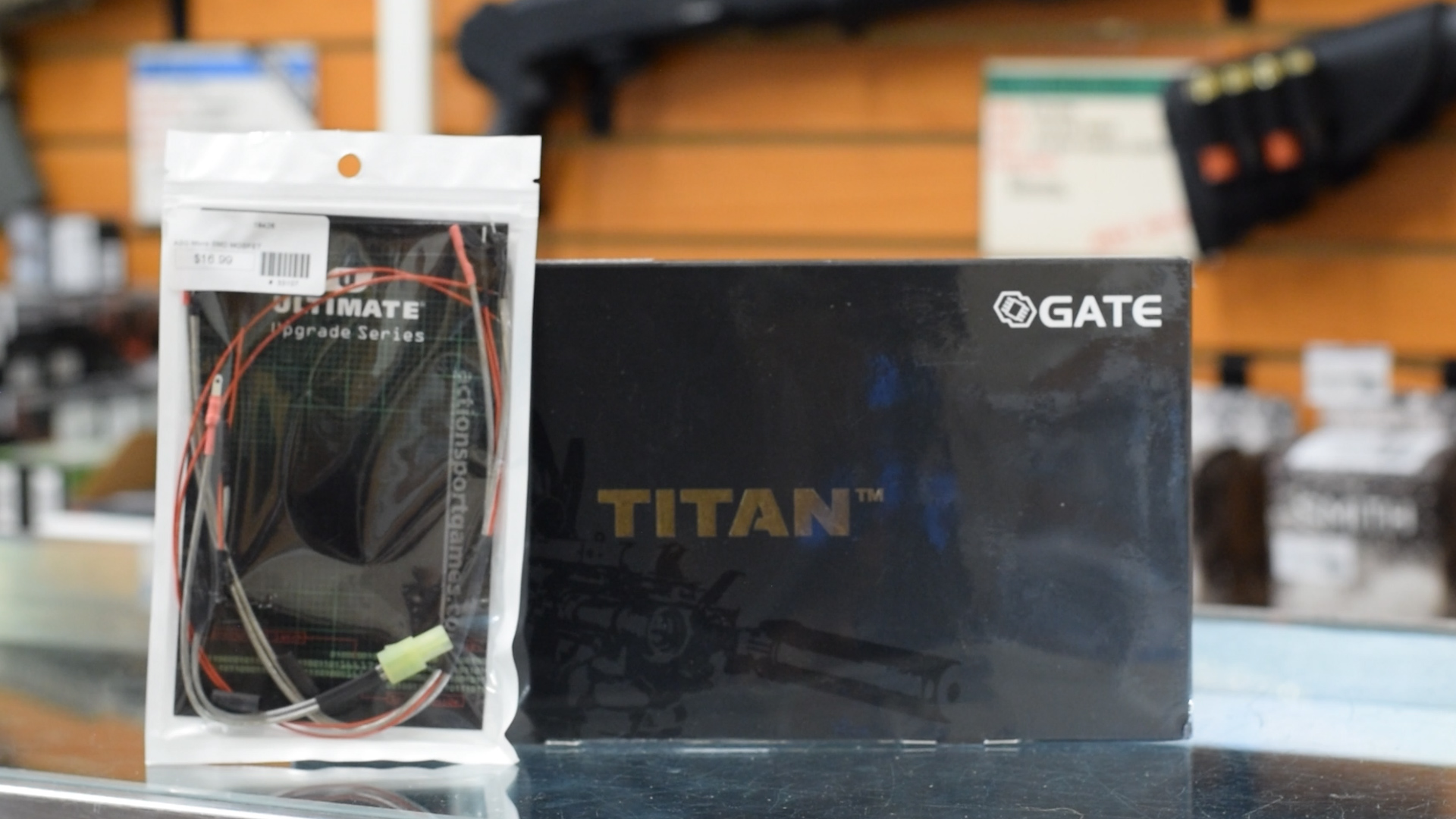 Okay, back to motors. Motor ratings are stated differently from manufacturers. Usually it will be just vaguely listed as a torque or speed motor. A torque motor usually spins at 30k RPMs or under, so for ASG they make 18k, 22k, and 30k. Speed motors will be on the faster side, so they spin above 30k, which can come in at 35k, 40k, 50k. Without going into the motor specs from each manufacturer, generally speaking, you'll be fine using a speed motor in a stock gun shooting 1.5J and under. You will benefit from the gun responding better from a torque motor and you will have room to upgrade to 2J without the gun breaking a sweat. A very high speed motor will be highly efficient in a gun that has a heavy spring, and likewise, a super torque motor will be overkill in a stock gun and may turn your gun slower for rounds per second. In many instances, super torque motors or high torque gearing is beyond what is necessary for most builds and almost never used. On the plus side, your battery amp draw will probably be pretty low! 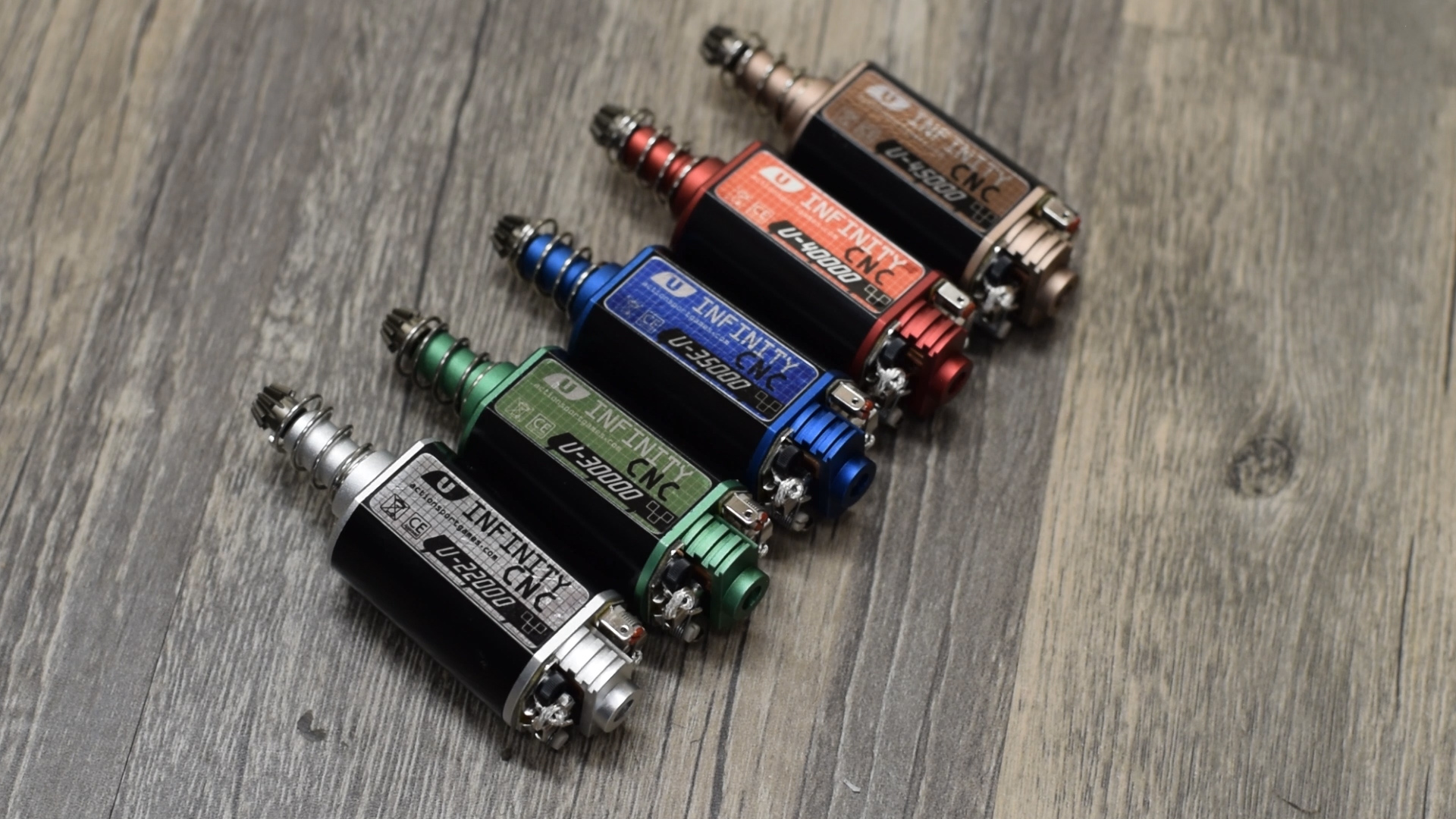 So this M15 clocks in at about 19 rounds per second using an 11.1v LiPo with a fairly good charge in it. When I swap in an ASG 30K motor, the rps jumps to 22. When I try the 40k, it jumps to 24 rps. Now you can get crazier with this if you like, but keep in mind when a gun is cycling very fast, the magazines might not have the ability to keep up. I would recommend you keep your rounds per second to under 30 for this reason. Mid caps tend to do better than high caps for high rate of fire builds. I could go to a 22k motor and it should perform closer to what it did stock in terms of rps, but the gun will now pull that spring much more effortlessly. That means smoother function, more efficient battery usage, and because of that, the grip and motor won't build up heat because the motor isn't working that hard anymore. If I put the 18k motor in this stock gun, my rate of fire will be very slow. About 13 rounds per second is what you would get. There would be no benefit for going with this much torque as this motor should be paired with a gun that is shooting 2.5 or more Joules. 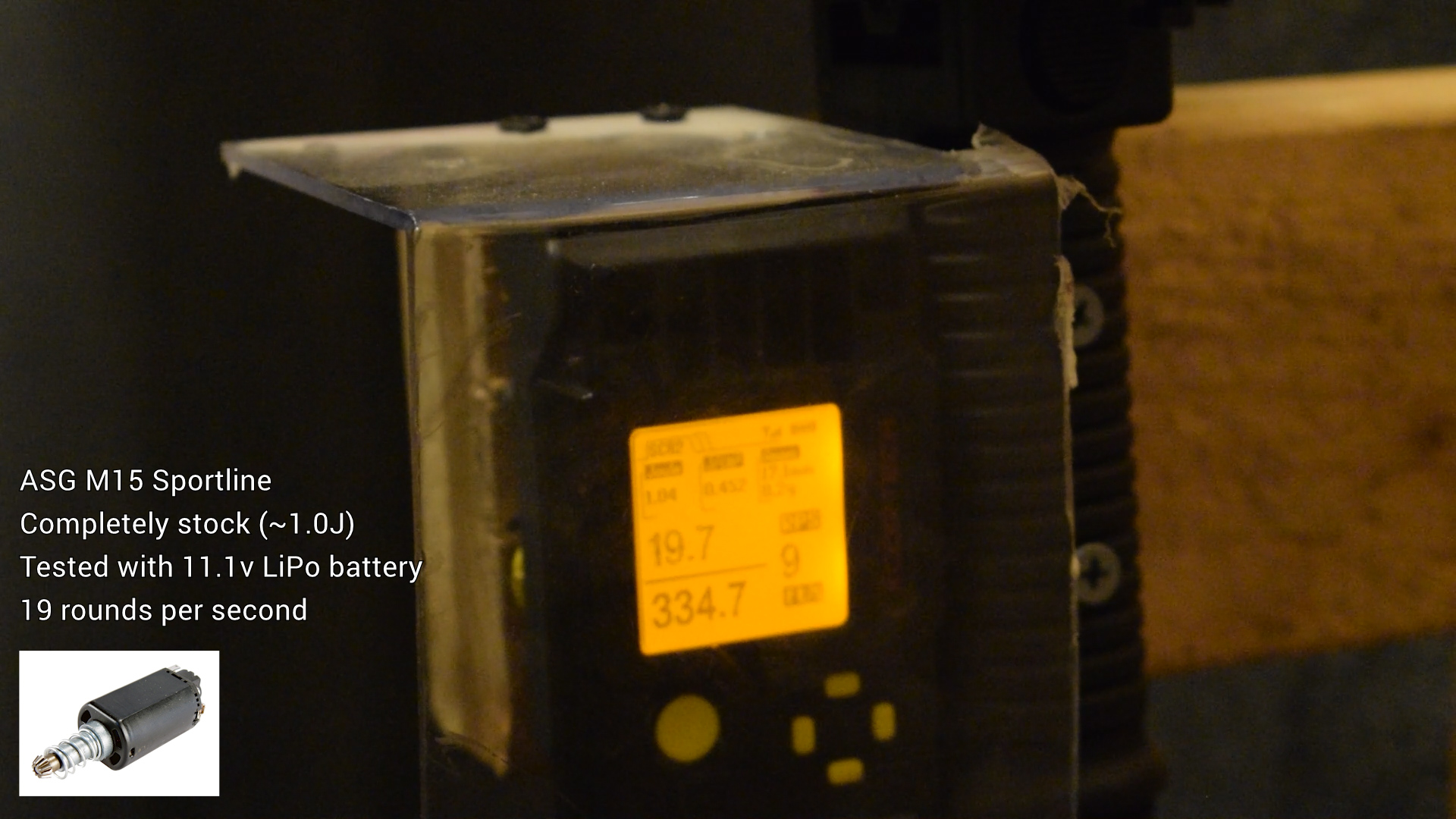 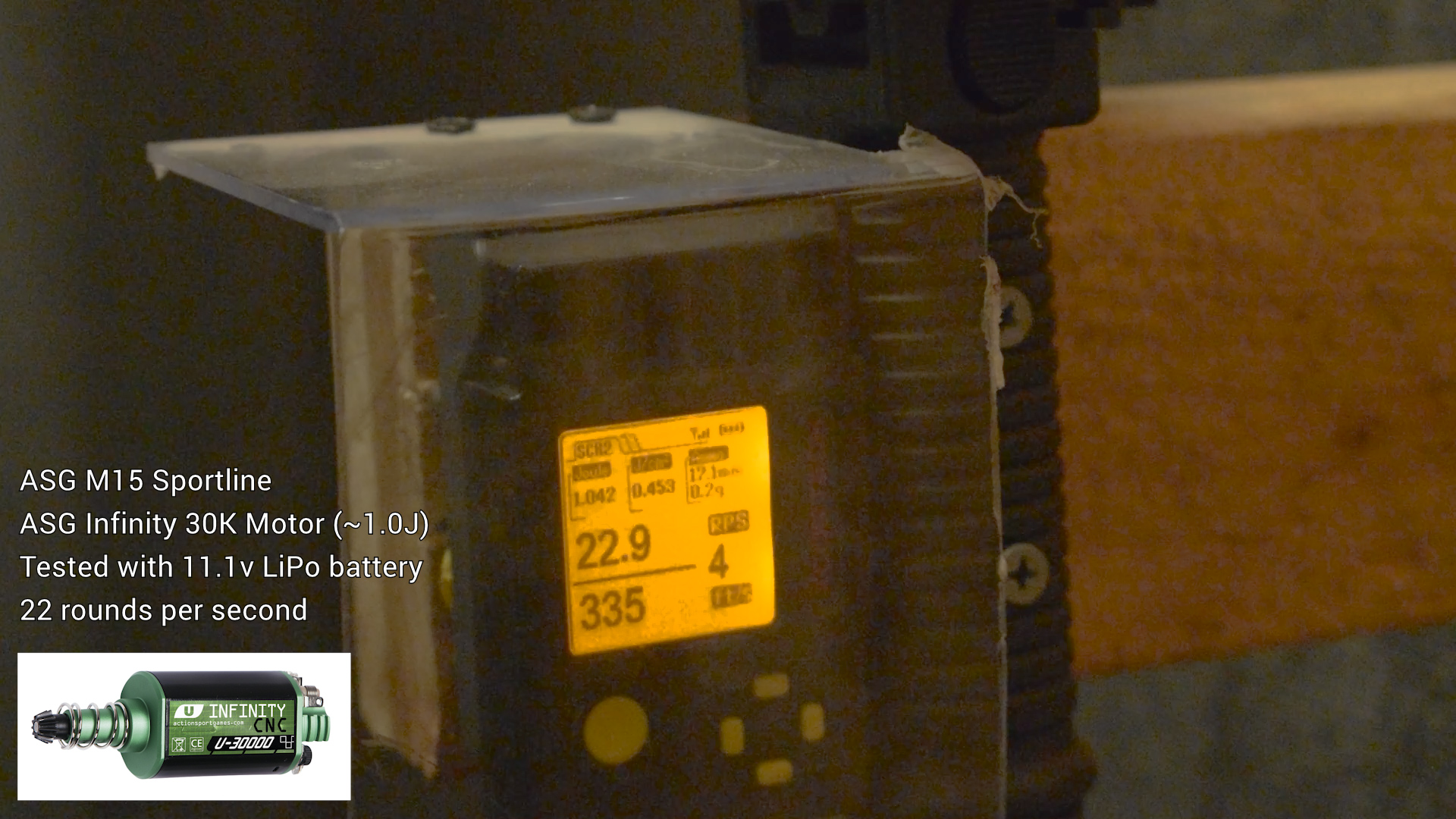 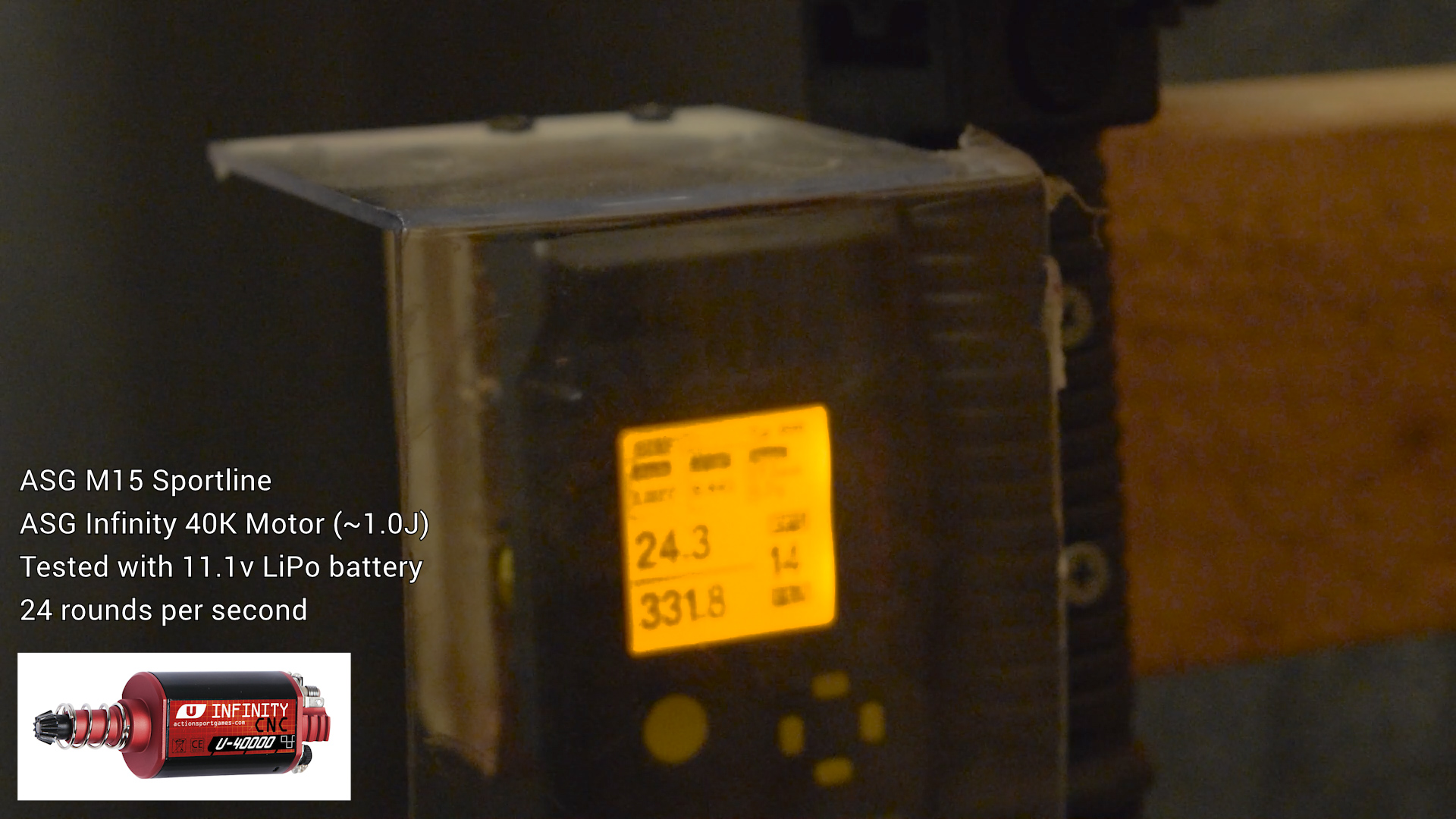 For a proline level gun, out of the box performance and response from a Lipo will yield slightly faster rate of fire to start with. However the motors still operate within a narrow window of what upgrades it can handle and what springs it can pull, so you'll be taxing your stock motor just the same should you start changing up your parts. A similar mindset should be taken for motor upgrades as we did with the M15 and your results should be predictable. 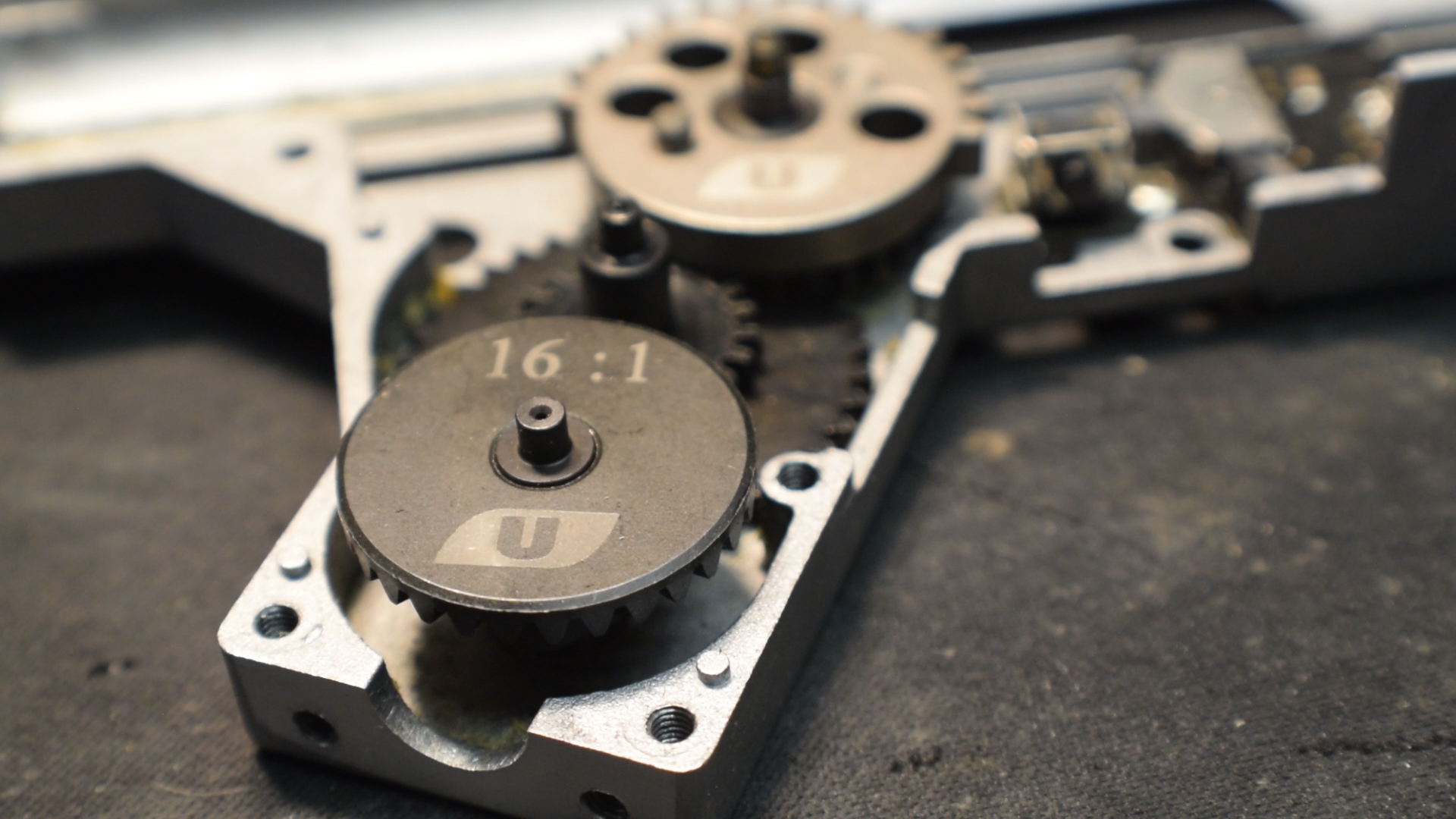 Hopefully that puts things into perspective for you so I hope some of you will take your first steps in teching your own guns and seeing for yourself the improvements you make.