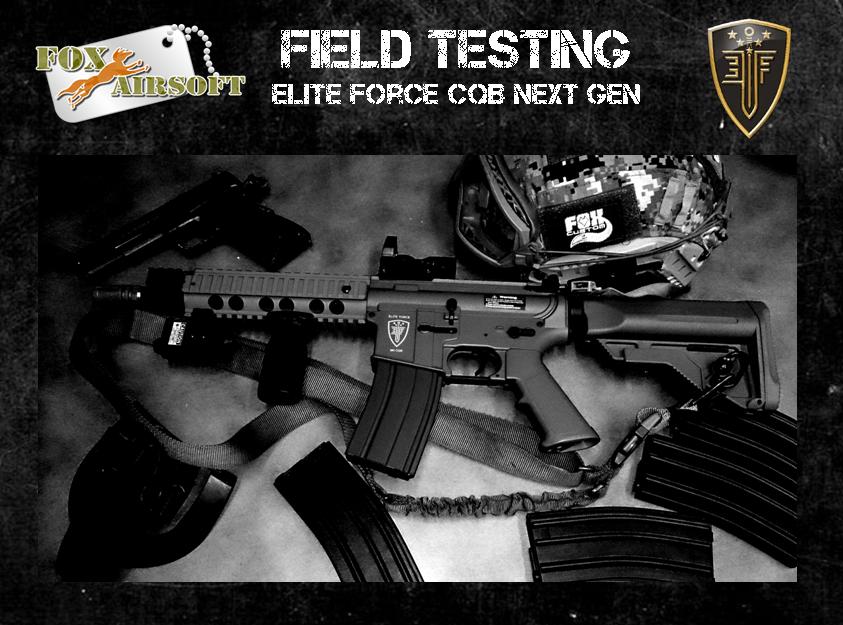 Elite Force introduced the M4 CQB a couple of years ago and had great success with the model.  With any first generation gun, there are always a few things to work out that can improve the design.  This is why Elite Force is re-releasing the Elite Force M4 CQB in it's Next Generation or "Next Gen" model.  This Next Gen CQB adds some awesome new features while correcting some of the known issues with the original gun.

The first thing you'll notice when looking at the Next Gen Elite Force M4 CQB is the low profile gas block.  The A Frame style front gas block is becoming obsolete on M4 variants these days.  Elite Force made a low profile design that also integrates a flip up front sight.  This makes for a beautiful flat top receiver.  Users will enjoy mounting optics of their choice and having an a unobstructed field of view.  During my field testing of the gun, I put on a Lancer Tactical Reflex Sight to give me faster target acquisition.

The next most noticeable feature is the Crane Stock which now features a hinged butt plate.  The older model had a standard butt plate with 2 tabs that held the butt plate on.  It was very common for these tabs to break off when too much pressure was applied.  The new design is very robust, and features a simple button to pull down on to release the locking mechanism.  The butt plate then rotates down on the hinge so that you can easily change the battery.  If you're playing in a major operation, it's critical that you can change your battery quickly in the field - this crane stock is by far the easiest design I've ever seen for changing a battery. 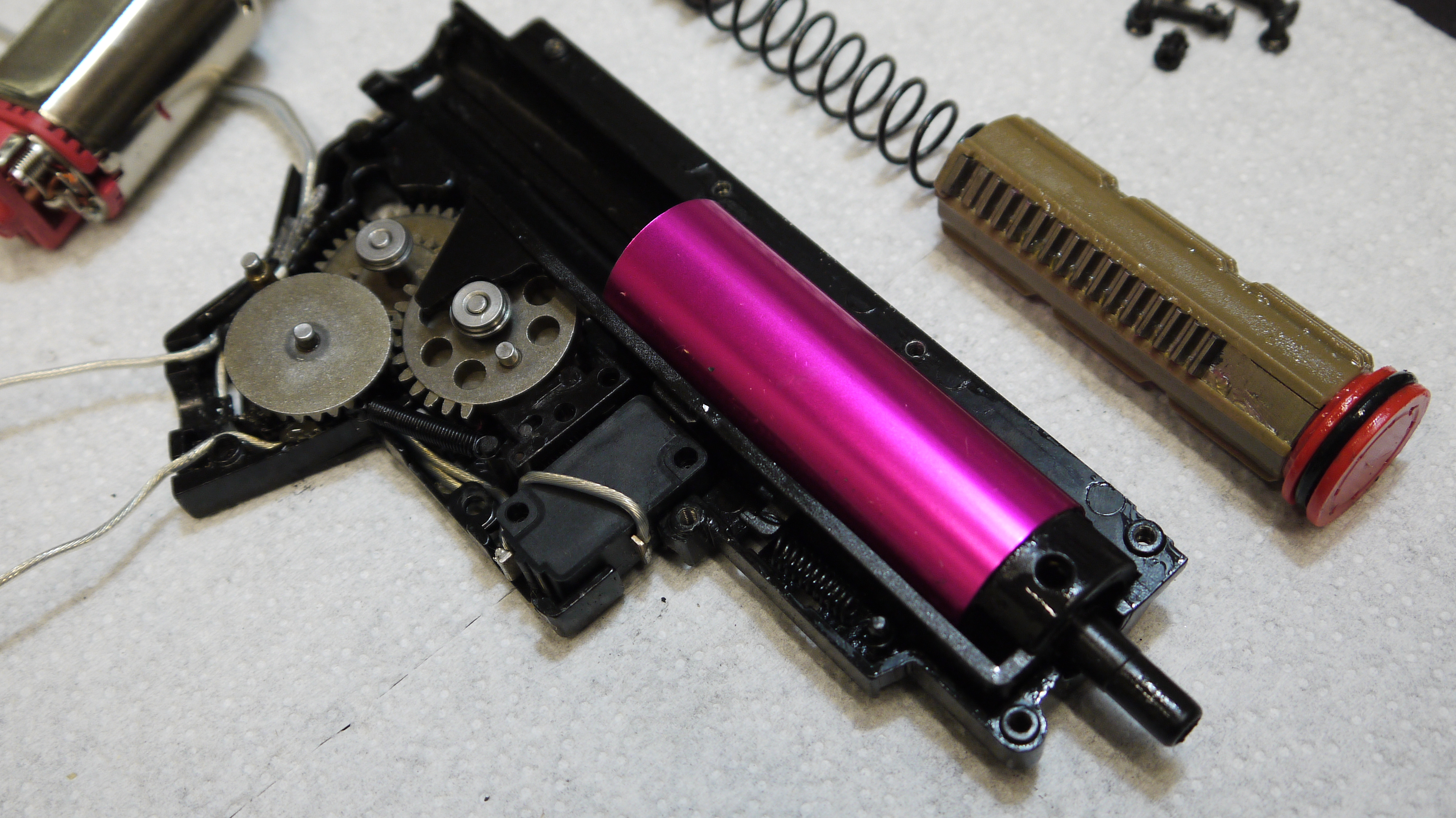 Internally Elite Force also upgraded the tappet plate from the original design.  The original tappet plate was a failure point in the gearbox, they've since upgraded it with a higher grade reinforced tappet plate that is sure to withstand the rigorous use these guns will see.  The gun shoots right at 350 fps out of the box using Elite Force .2g BBs.  This makes it an ideal choice for CQB fields.

When I performed the field test, I did it on one of our outdoor fields in Colorado - Kiowa Creek Airsoft & Paintball at one of the Fox Airsoft Missions.  This gave me a great environment to test the gun in - fast paced objective based play - similar to the type of play you see at major operations.  I chose to use the Elite Force Biodegradeable .25g BBs during the test - the extra weight gives me more shot consistency and accuracy in an outdoor environment. 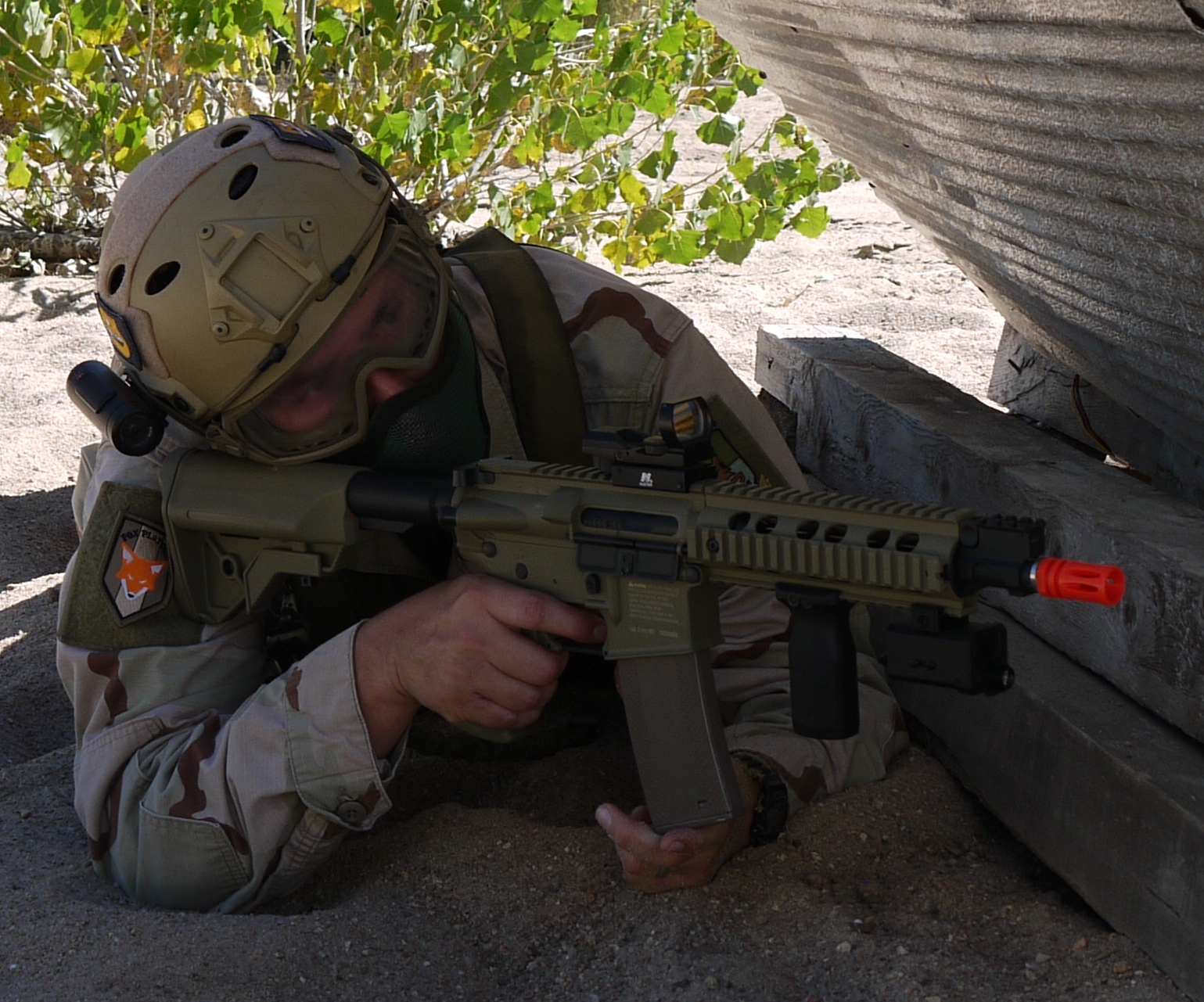 Under these conditions the gun performed great.  The weight and balance of the gun is very comfortable.  The range and accuracy were adequate as well.  If I were going to be fielding the gun consistently outdoors, I would look at doing some upgrades to add additional performance.  The first place to start is with the barrel, you get the most bang for your buck by throwing in a good tight bore barrel.  Currently I run a Fox Custom 6.02mm Tight Bore Barrel in all my guns for that extra edge in accuracy and range.

For my field test I ran the gun off of a Tenergy 9.6v 1600 mah Butterfly Battery.  My general experience with batteries is that 1 mah = 1 shot.  I'm primarily a semi-auto player, so I typically use less rounds than the average player.  During this test  I ran about 1500 rounds through the gun during the field test and the battery kept up fine.

Overall, I was very pleased with the gun - it was easy to run head to head against all of the other guns out there.

The biggest innovation that I enjoyed is the crane stock.  I've been playing in major airsoft events for close to 15 years, and a gun where you can change the battery swiftly in the field is essential.  This is by far the best innovation I've seen to date that allows for quick battery changes that don't require any special tools.  I also love that the butt plate is attached to the stock - no more worrying about losing it in the field.  Overall, this is a very impressive design.

The Elite Force M4 CQB Next Gen comes in at a great price - $169.99 is the expected price at the time of this writing.  The gun is on par with many other composite body guns in the same sportline class.  This is very reasonable considering all of the new innovation and fixes from the original design.

Custom Crane Stock, Free Float Rail, and fixes over the original version give this gun Dang Status.  This is a gun I feel great about playing with.  I also hope to see this stock on more guns in the future! 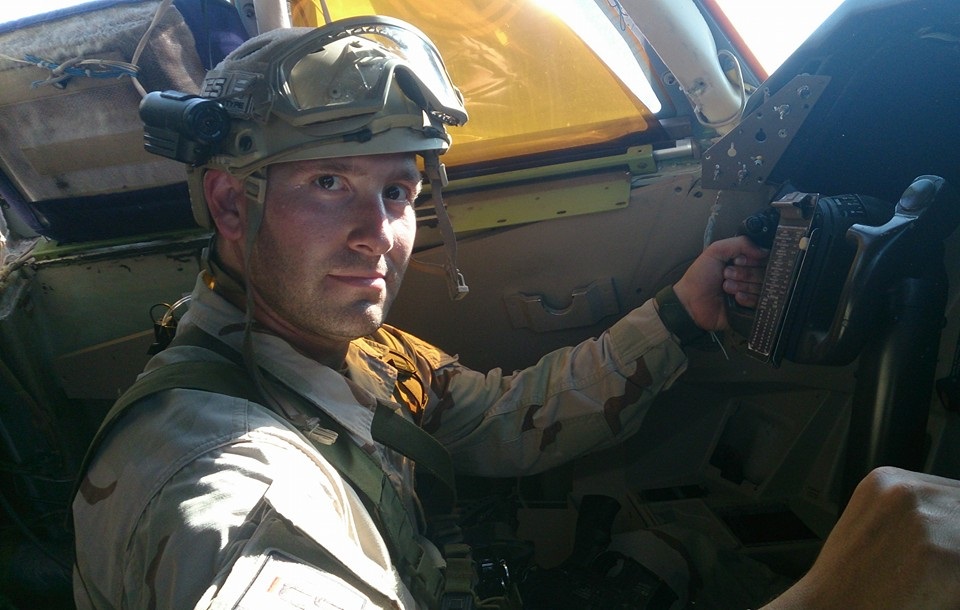 Matt Meraz is one of the owners of Fox Airsoft. He has been playing airsoft over 15 years including leading one of the oldest and most experienced airsoft team's in the country - Swamp Fox 12. The team has attended over 40 major national and international operations.