This section is strictly revolver users. Airsoft revolvers come in different sizes and shapes and because of that, the cartridges are also similarly unique. Unlike similarly designed rifle styles, there is no cross compatibility between brands for airsoft shells and clips when it comes to revolvers so please be extra careful when ordering that you know exactly what model gun you have and what type of shell or clip it should take. 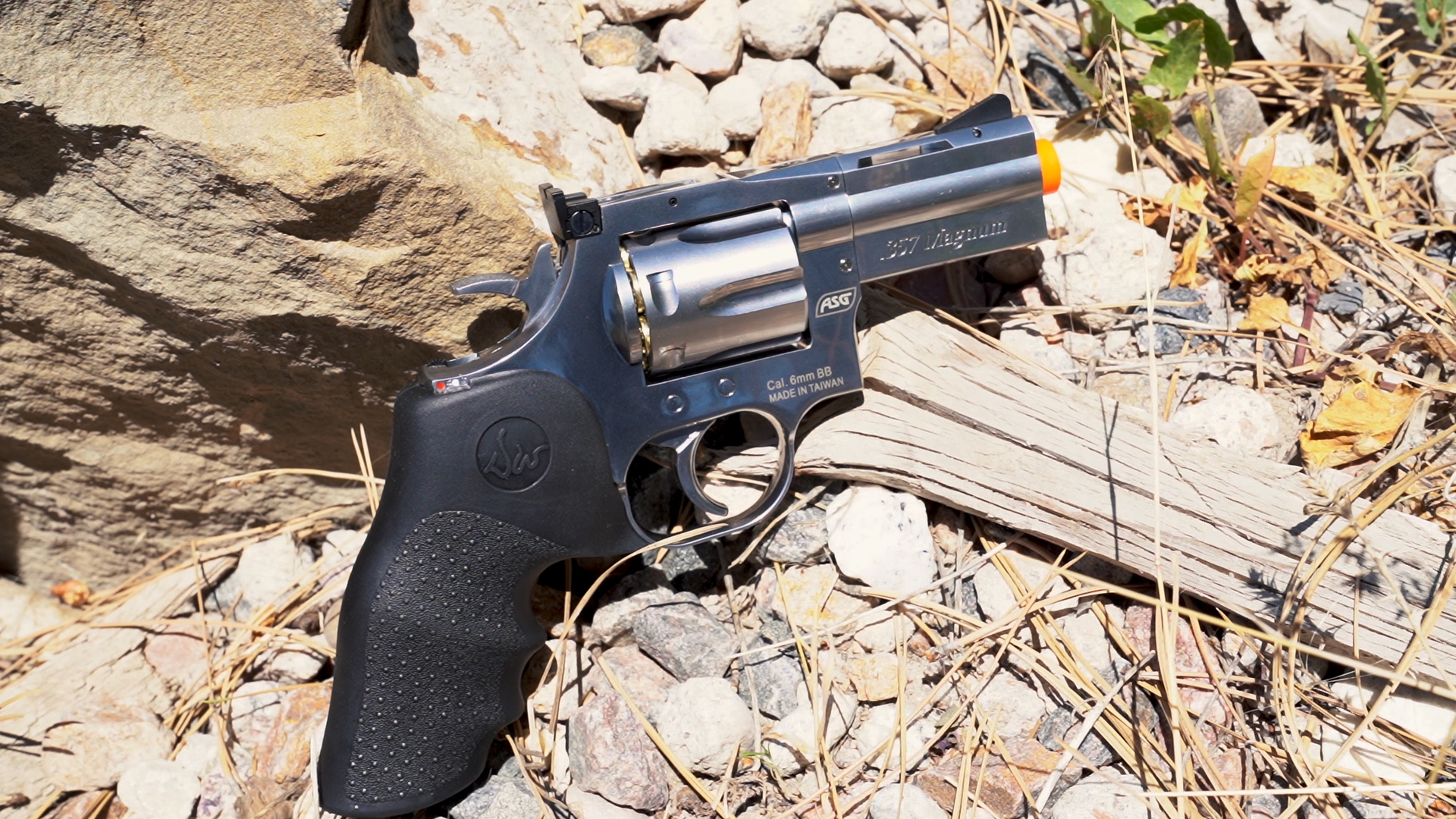 All the popular revolvers for airsoft will be double action/single action or single action only. Most will use individual mock shells that function as individual cartridges that can be loaded with a single BB. One revolver we carry utilizes a clip instead however all the other characteristics of a revolver are still present. Revolvers are great fun as long as you have enough ammo to run them! We want to document below the distinctions between revolver models and brands so that you can get the correct shells/clip for your gun. 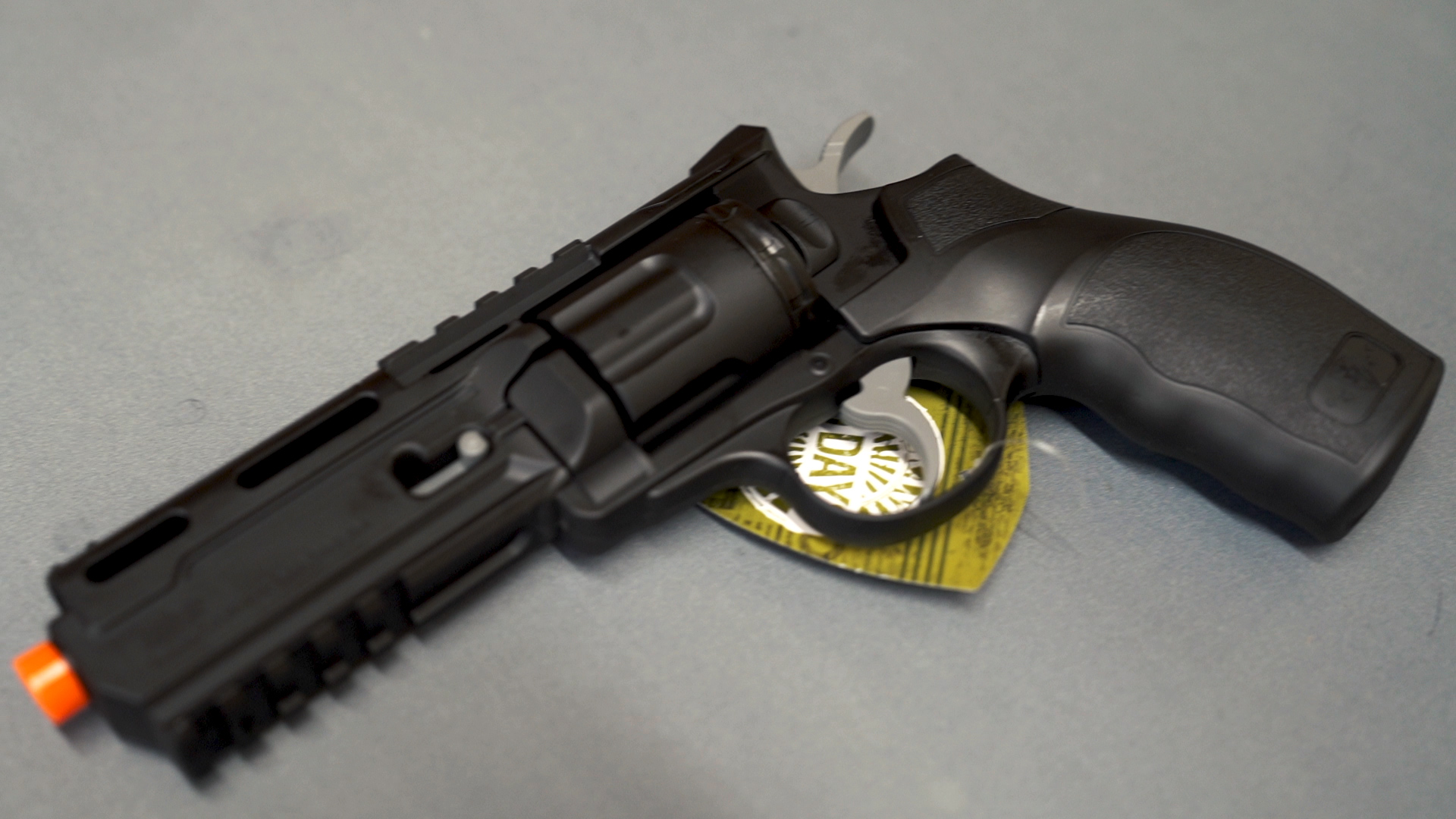 Revolvers from ASG (Action Sport Games) use their own type of shells that may look similar to some other brand guns, however these revolvers are only suited for ASG's own shells. This includes the Dan Wesson series and 715 series of revolvers. These shells are compatible with ASG's speed loaders which will allow you to load in 6 fresh shells faster than loading one by one by hand. The shells can be purchased with or without the speed loader. These shells are usually distinguished by the gold colored shell body with a red rubber bullet shaped nose. Though identical in look to other brand shells, we have confirmed that these cannot be interchanged and used in other guns. 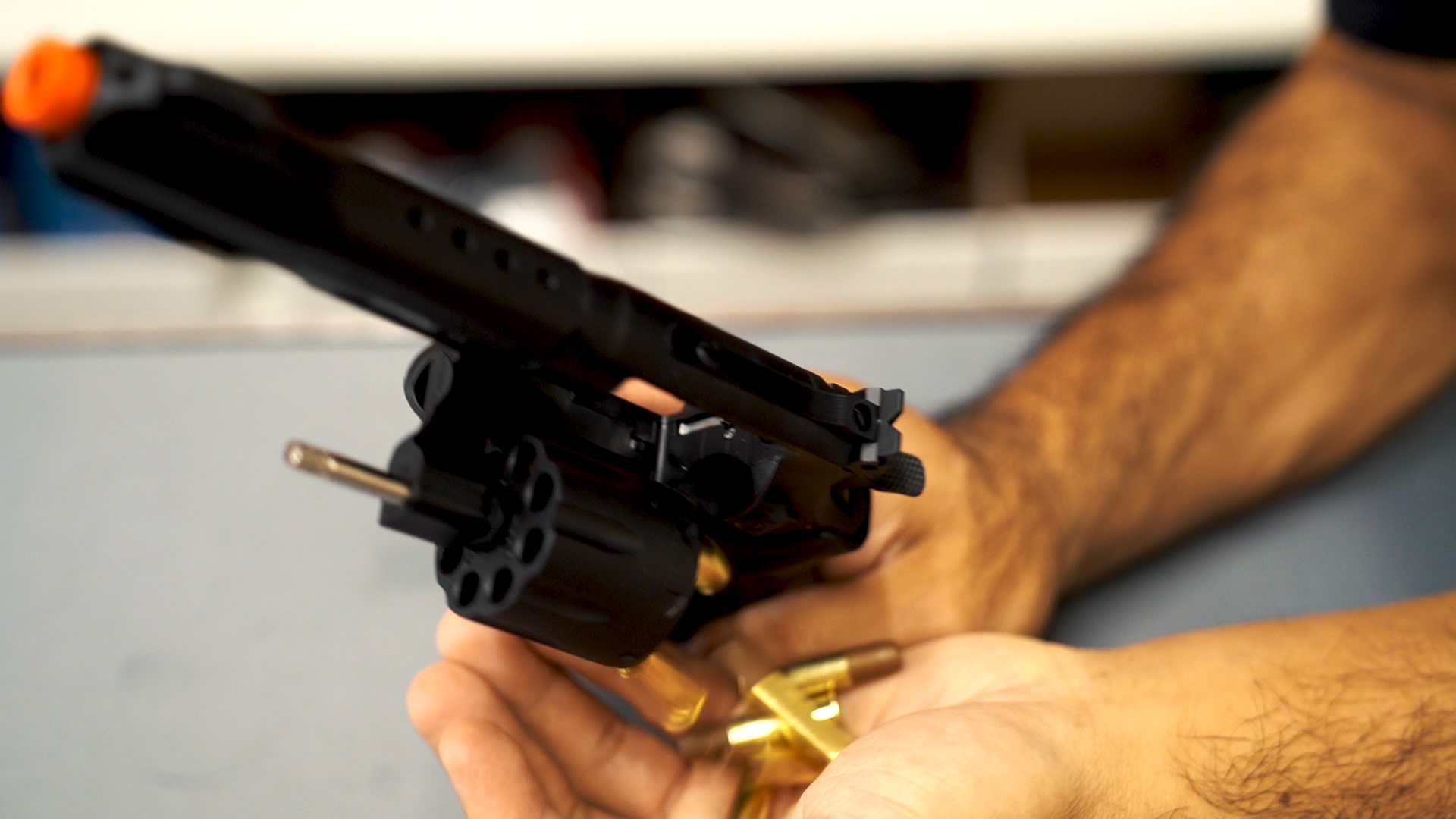 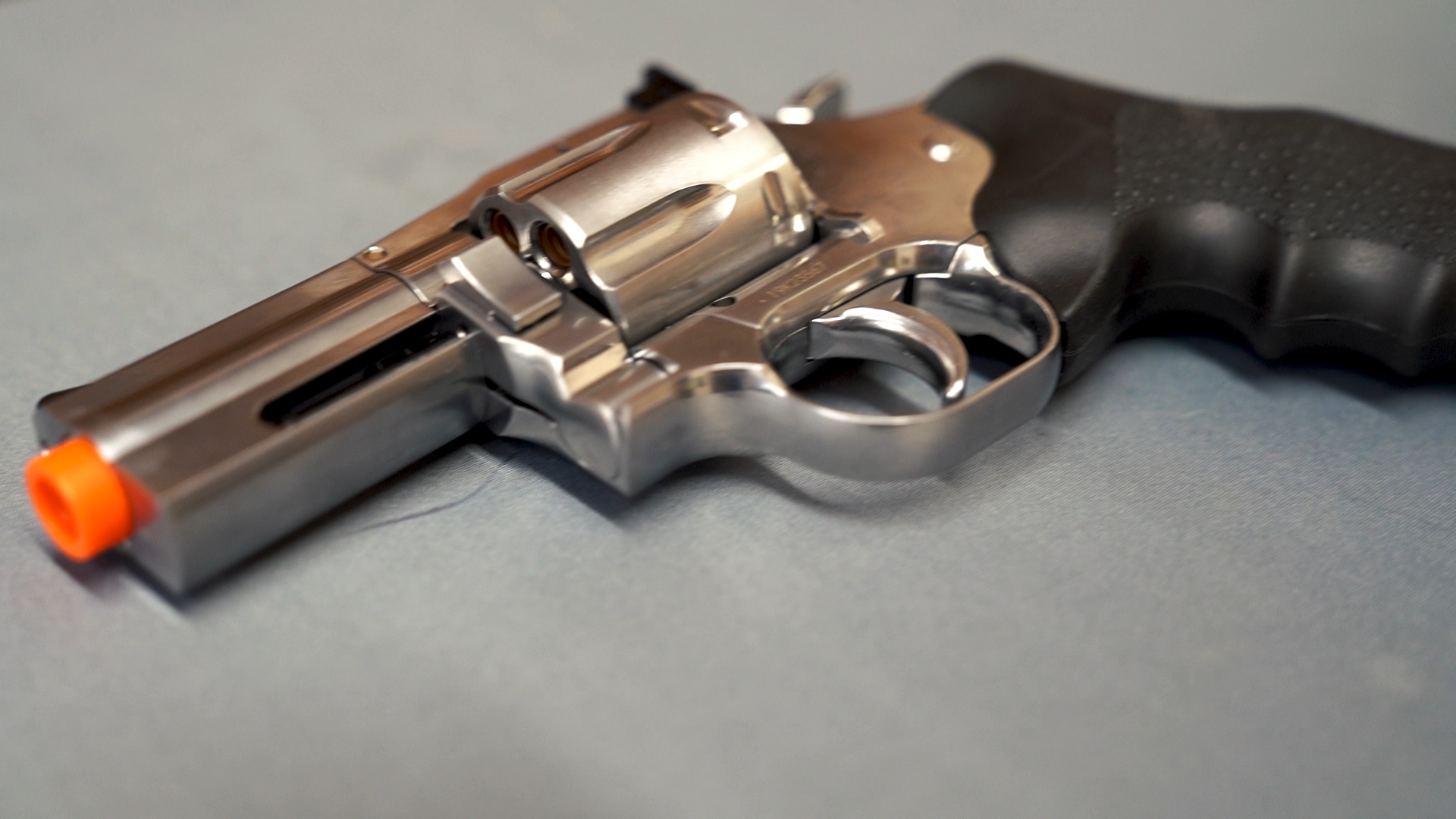 Note for Elite Force CQB Revolver owners: The Elite Force CQB revolver shells look similar in size and shape to the shells found in the ASG revolvers however we have confirmed that they cannot be interchanged. 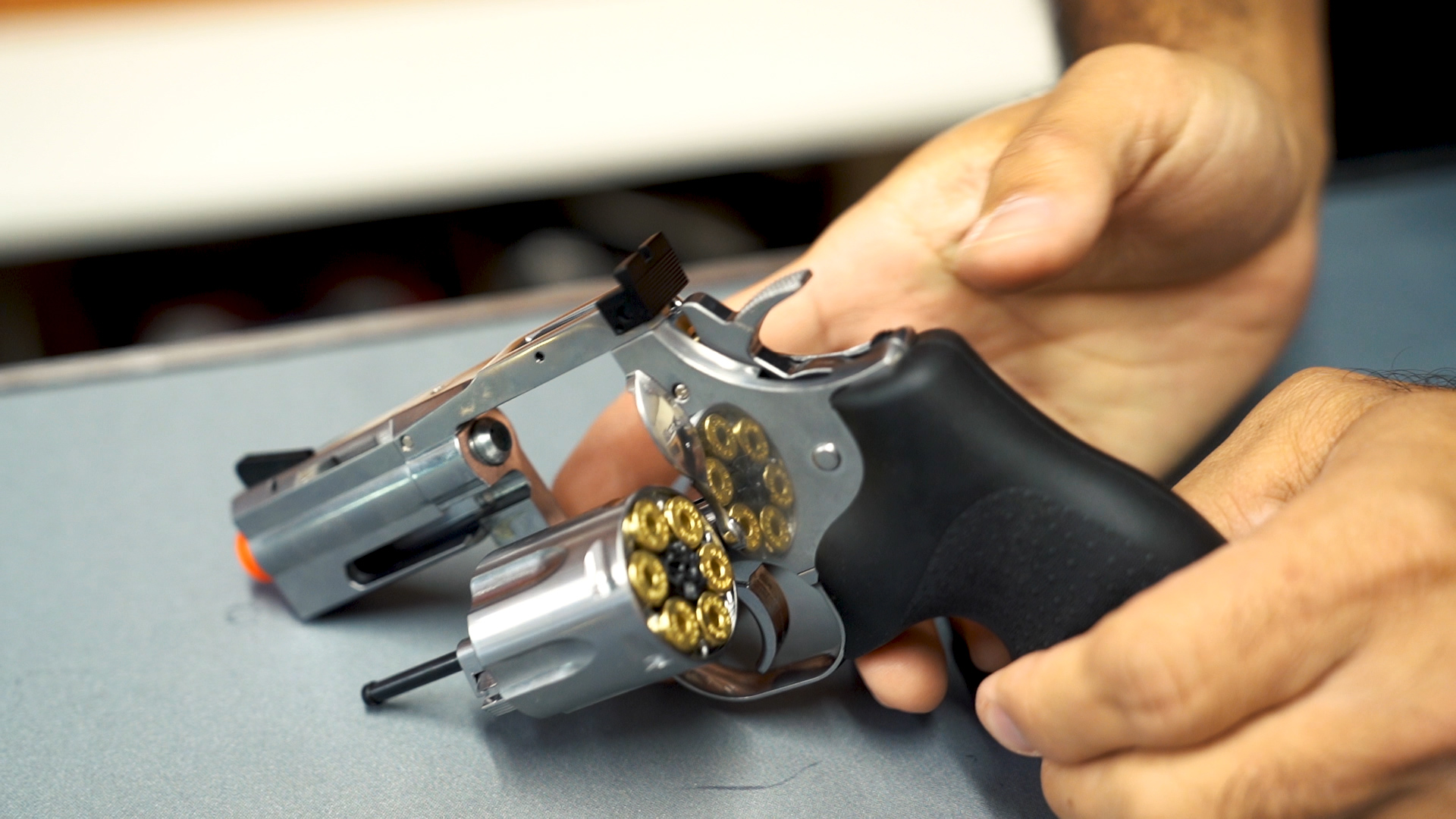 All revolver shells utilize rubber to hold a BB in. This might be visible on the outside, but for some shells where the entire body is metal, there may be an internal rubber o-ring instead. Without this, the BB would simply roll out of the shell. These o-rings should be oiled very lightly just to keep them from cracking which happens with age. For clips there is no maintenance required as we have not found them to contain any components that require maintenance. If your clip is no longer holding BBs securely, it may be worn out and needs to be replaced. 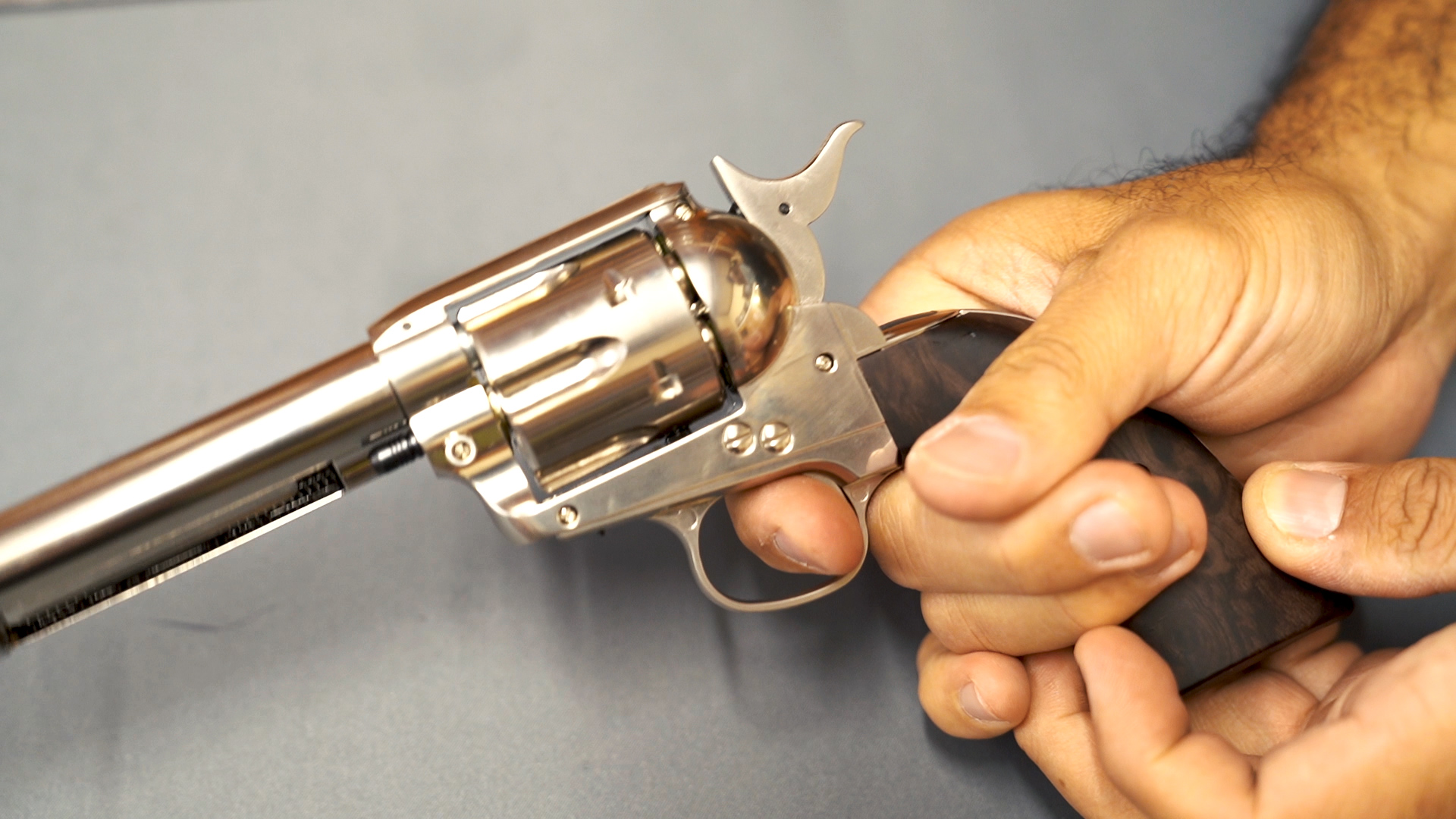 If you aren't certain still about which shells or clips to order but you do have one of these revolvers mentioned, you may contact us at (888)316-7816 or e-mail us at sales@foxairsoft.com and we will help guide your purchase.