Here at Fox Airsoft, we strive to be your place to help you regardless of your level of experience, be it beginner to expert level since our company is made up of players who also range widely on the experience scale. That is why we will never forget our roots because we were all newbies at some point. So that brings us to today's blog: How to wind high cap magazines. If this covers something you already know, obviously you can skip this. This article is here for the newbies. We will try to gather these blog posts into a central location so that new players can reference this upon purchasing a new gun. This should prove especially helpful to parents who just purchased an airsoft gun for their kid but don't know where to begin with their new purchase. Unfortunately, we find some frustration in parents who buy airsoft guns for a new player and the new player does not have the sufficient knowledge to operate their airsoft gun properly so we will start with the easy stuff. 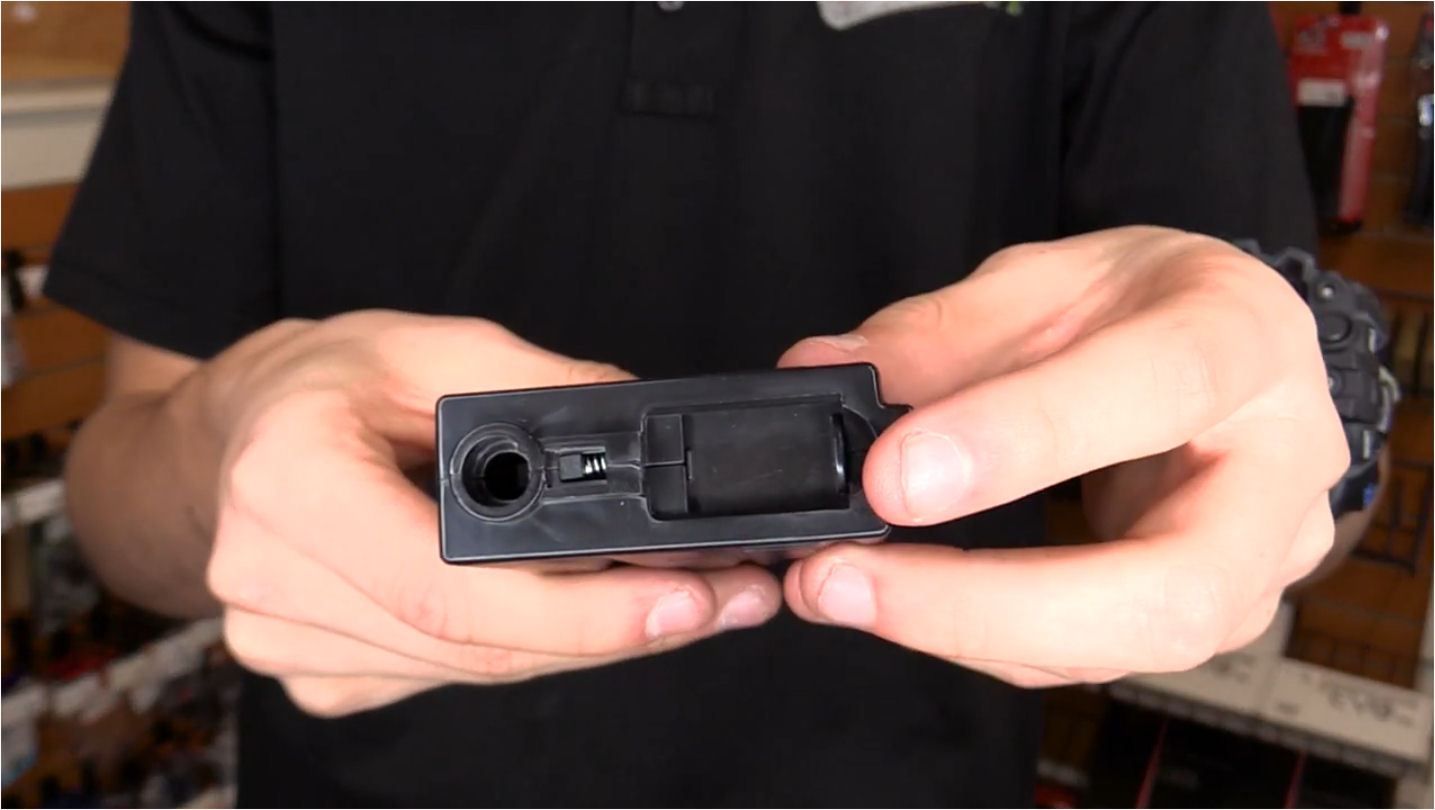 Almost every gun will come with a high capacity magazine than a mid capacity magazine. To identify what magazine you have, you should inspect the top and bottom of the magazine. A high capacity magazine has a trap door or sliding door on top. This is where you will pour BBs into the magazine. The bottom will have a wheel with which you will wind the magazine. To make a hi cap magazine ready, open up that door and pour BBs into it until the magazine is full. Shut the door. Wind the wheel on the bottom. When you turn that wheel, you should feel the spring tension building and hear audible clicking. You will give the magazine a good number of windings. This number can be different between makers and styles of magazine but let us say that for an M4 magazine it should take a few dozen turns. Rather than sit here and count how many revolutions we will wind it, instead, listen to the clicks as you turn the wheel. When you have wound the magazine sufficiently, the wheel will make a different audible click and the wheel itself will have a bit of tension as you turn it. With a sufficiently wound magazine, you may insert it into your airsoft gun and begin to use that magazine. Sometimes if you insert very hard, the magazine's internals might get bumped and reset the magazine and unwind the spring inside. There is nothing you can do about that unfortunately. If you don't wind the magazine at all, it will not do anything or feed BBs into the gun. 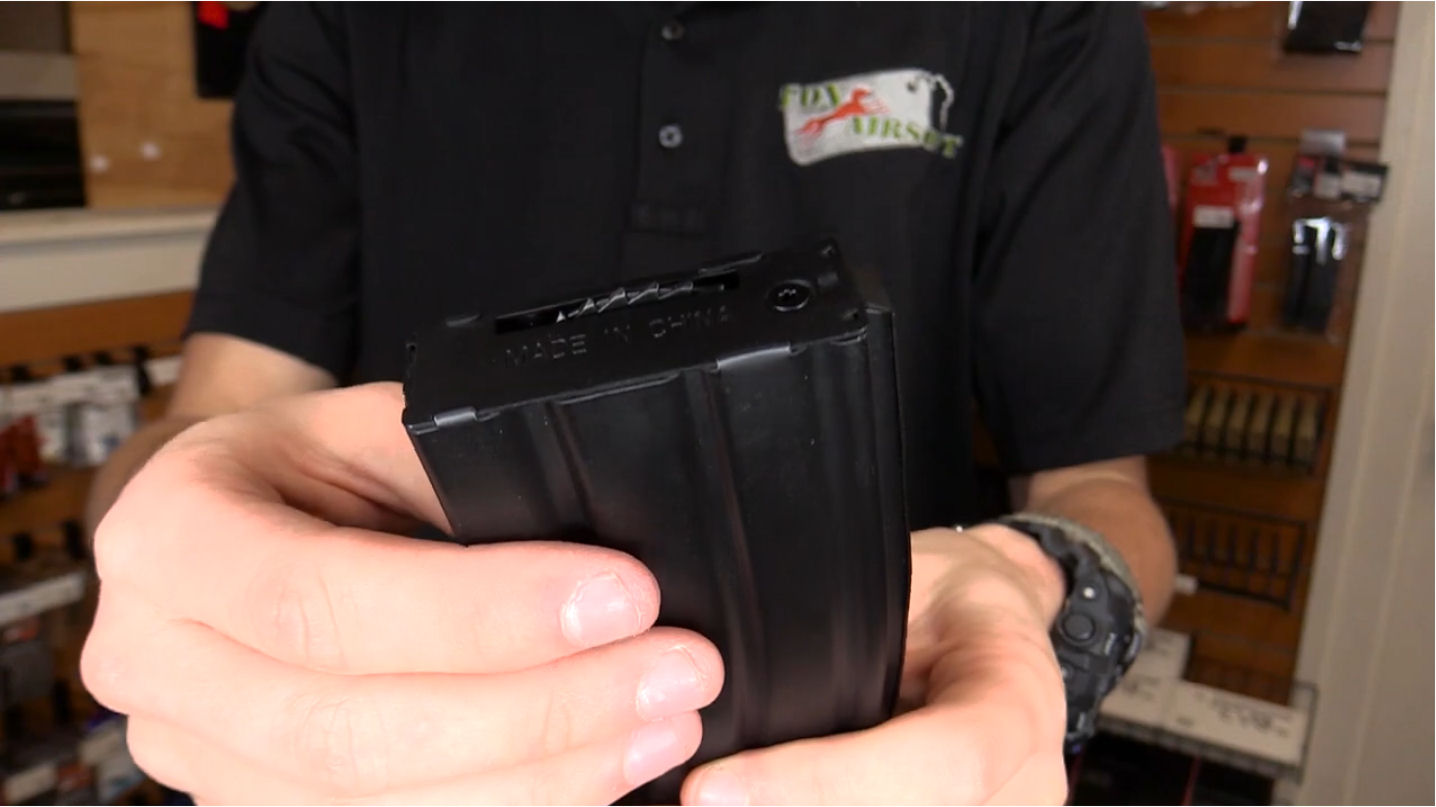 The high cap magazine body is somewhat like a hopper and the wheel and spring inside provide the spring tension to feed the BBs into your gun. Too often we get a new airsoft gun owner who hardly winds the magazine who will call and complain that they only fired a couple of BBs and experience the gun not feeding. This is 99.9% of the time just the lack of winding the magazine and making it ready to use. A fully wound magazine usually will allow you to fire 1/4 to 1/3 of the magazine's full capacity before being wound again.

The other type of magazine you may encounter is a mid-cap magazine. For all intents and purposes, we will refer to any magazine that requires a loading tool and does not need to be wound a mid capacity magazine. This includes sniper rifles and (rare) low cap magazines. All in all they denote the same type of function.

A mid capacity magazine is something you might have included with a more expensive/high end gun. As mentioned, a mid cap lacks a winding wheel. Mechanically, a mid cap magazine works the same way as a real magazine might work. The ammunition is stacked inside the magazine body and is pushed up by a piece called the follower with a spring pushing everything up. To load a mid cap magazine, a tool such as a BB loader is used to push BBs into the magazine. You could attempt to do it by hand but it is not recommended and next to impossible to do. With the loading tool you are transferring ammo from the loader into the magazine until the tension in the magazine prevents you from loading more BBs. There are some cool devices are out there that help you load the magazine faster and easier such as the Odin Innovations Speed Loader. Mid cap magazines generally hold much less ammo than the equivalent high cap magazine, however they feed without winding and do not make noise like a high cap magazine. Players will develop a preference as to what magazines they prefer to run down the line.

Do you use mid caps? The Odin is awesome! 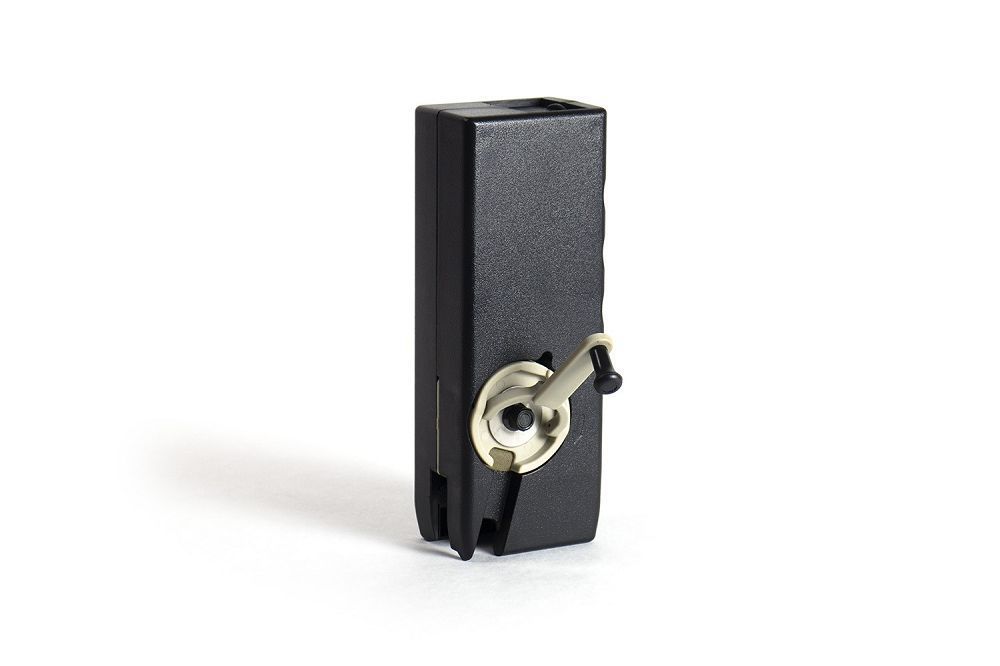 Sniper rifle magazines are loaded the same way as a mid cap magazine in case you are wondering, only they hold much less ammo.

And this covers how to wind your high cap magazine (and a hint of how to use mid caps as well).