We've talked about how to set up a DMR previously so let's do another one based on your requests. Today let's talk about a proper sniper loadout.

As you know, I'm more technically oriented so I want to start out with the equipment side of it first because your sniping experience is going to be highly affected by your rifle. If your gun is not sorted out you are not going to do any better than another player using an AEG and at that point why run something as slow as a sniper rifle?

For a rifle, I'll assume your event or field limits you to a bolt action gun such as a spring powered or gas powered rifle. I'll tell you off the bat, gas rifles can be powerful and easy to manipulate by a long shot, however the consistency is going to largely depend on the ambient temperatures and gas. I have yet to find it to be that consistent so I would say start with a spring action rifle.

Now when going for a spring action rifle, your budget is going to play a huge part in this situation. I hate to say that the equipment makes your experience but in this situation, this is going to hold true. Most beginner grade sniper rifles shoot as hard or a little harder than an AEG. Out of the box that sounds good but what you really need to account for is shooting hard enough that it gives you that range advantage to justify running the sniper rifle. The other thing not often talked about is how durable the rifle is in the long run. Spring powered guns go through a lot of stress just like an AEG. However you are going to be running springs that are heavier and provide more energy with your shot and that puts more stress on the critical components overall. 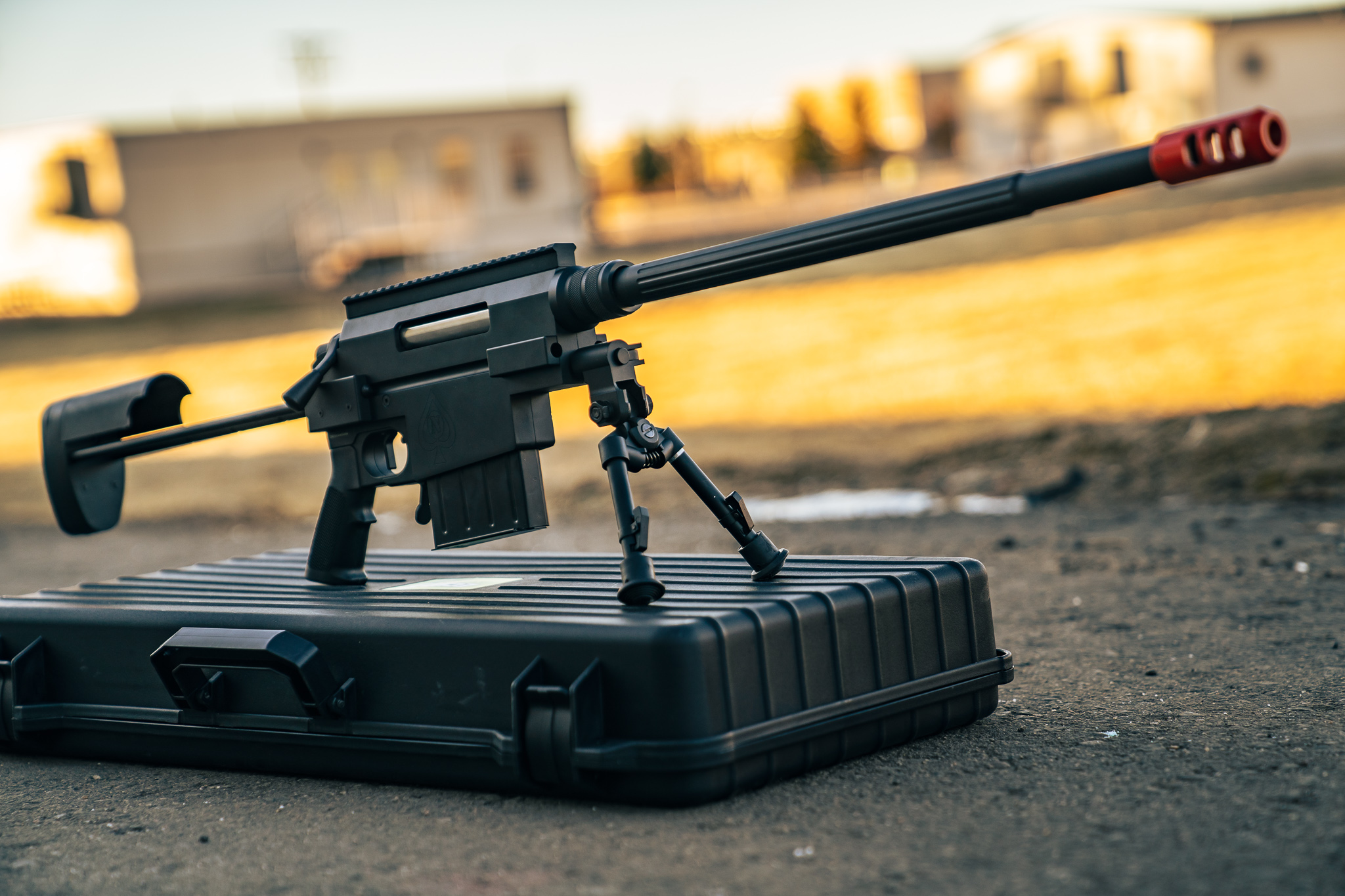 Your base rifle should be something either already built out of the box or something you can build up with the right parts. If you have done some research or heard names being thrown about, you'll hear "VSR-10" come up in any sniper conversation. A VSR-10 is a rifle made by Tokyo Marui and is a prominent system that has been copied and improved by many manufacturers across Asia where airsoft draws its roots. By starting with a rifle that is largely VSR-10 compatible, you will have an easier time finding parts and upgrades. Sniper rifles that use proprietary designs will give you problems when you need to find upgrade or repair parts so remember that. Out of the box the original VSR-10 is a nice rifle but will be expensive to import and does not provide the performance that most people want to start at without throwing a lot of money at it, which is why a clone or a similarly based gun is ideal.

For fully built guns that we carry, I recommend the ASG Action Army T11 for those on a budget. The gun is built up internally with all VSR-10 compatible parts and is made by a company that specializes is high end sniper parts to begin with. This is a very high value gun for those who want to snipe and blows the starter rifles out of the water. If you want something that feels amazing and is fully built and want to spend more, the ASG Archwick Mk13 is where you want to be at. The guns speak for themselves so I urge you to check out their respective videos and reviews we did. 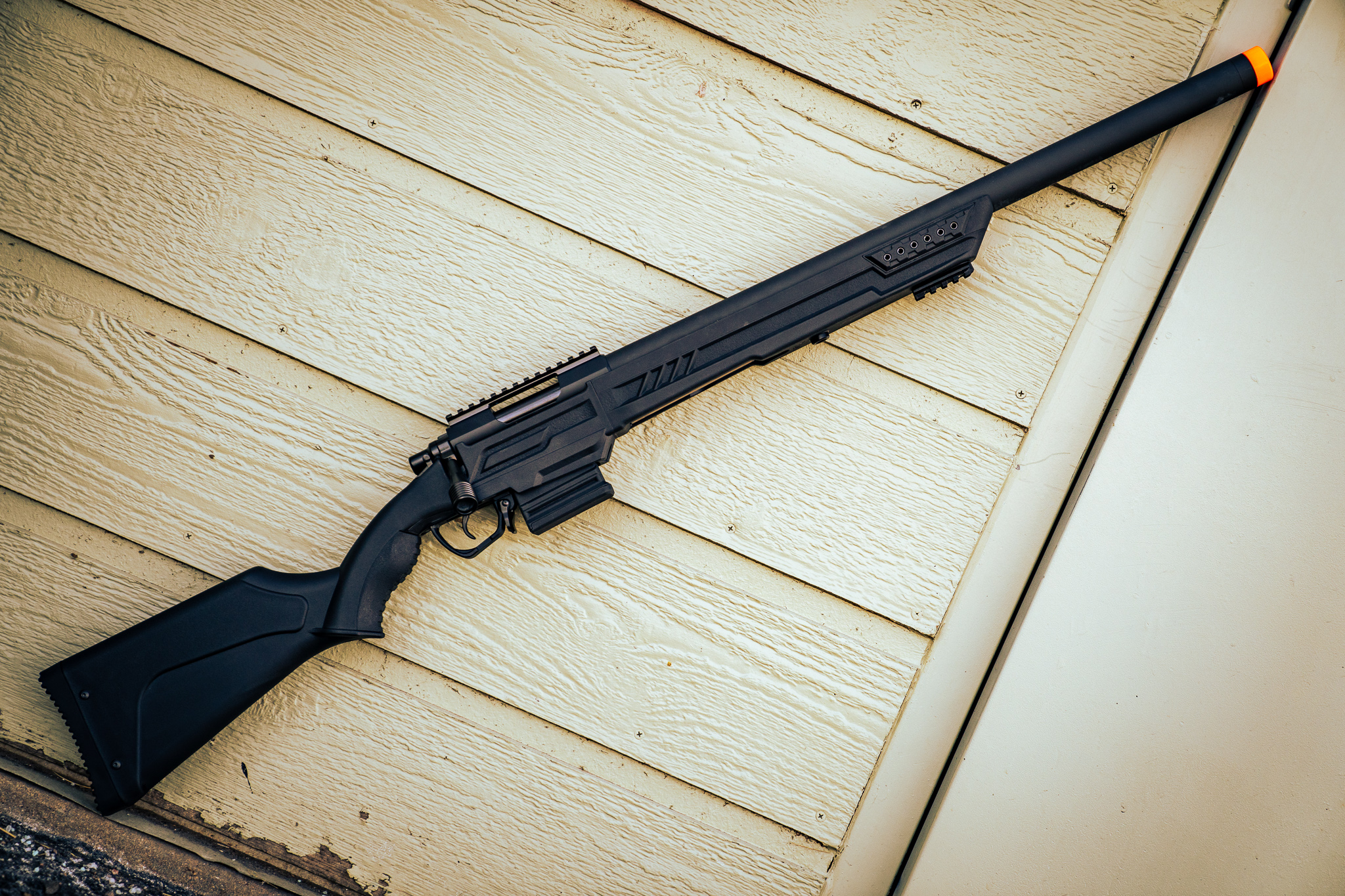 For any gun, you should look into having a quality tight bore barrel and bucking put in if it is not equipped with one already. Combine that with heavyweight ammo such as .32, .36, .40 or higher and you will see amazing results. The spring in these guns should be swapped to match and get as close to the field limits as possible to maximize your potential. Guns shooting around the 3 joule mark that are well tuned can hit 300 feet away (with a little bit of lobbing). Even beyond 200 feet you are outclassing AEGs/riflemen.

Airsoft range isn't that extreme so any sort of zoom will be sufficient but too much will mean you lose awareness of your surroundings. Anywhere from 3x to 6x is where I would keep it. I have never had to use max zoom except to observe a target for a milsim event.

Bipods can help steady your shot but won't be a deal breaker. Sometimes that extra weight isn't worth it. A mock suppressor won't add anything but length and spring snipers are already insanely quiet from afar. I'd recommend and extra magazine or two at minimum, and a sidearm or an AEG as a backup.

For gear, wear something that blends in of course. I've seen some really well made ghillie suits by our local players that make them disappear into the background. The gear they wear tends to be chest rigs or battle belts, things that allow them to get prone and keep the bulk and noise down.

This will take a lot of patience and study as you will build your loadout the more you play as a sniper. You'll find out what isn't working for you quick and I think that's better than me telling you a generic answer. That does it for today's blog. So let's go out there and play!