For some people, a DMR build might be an attractive proposition. What is a DMR? First, DMR in the real world sense stands for Designated Marksman Rifle. In fighting doctrine, it is a rifle equipped with an optic that is intended to give your standard infantry teams a longer range as a precision option. This is not to be confused with a dedicated sniper rifle and sniper who are not intended for direct confrontations.

In the airsoft sense, DMRs are a category of rifle that is dictated by your field rules that is allowed to have a bit more FPS than your normal airsoft guns. This gives you a range advantage over regular rifles for sure, but you will trade off some things based on the field's rules such as your ability to use full auto and putting up an artificial minimum engagement distance for yourself to follow. This makes perfect sense when we are trying to maintain safety regardless of what people are using.


Whether you are more of a team player or a lone wolf, that extra range is really nice especially if you are not a big full auto user to begin with. As a team player, your extra range can allow overwatch to help your team move around better. You could also counter other players who are picking off people on your team with their own sniper rifles and DMRs. What does it take to have an effective DMR-type rifle? 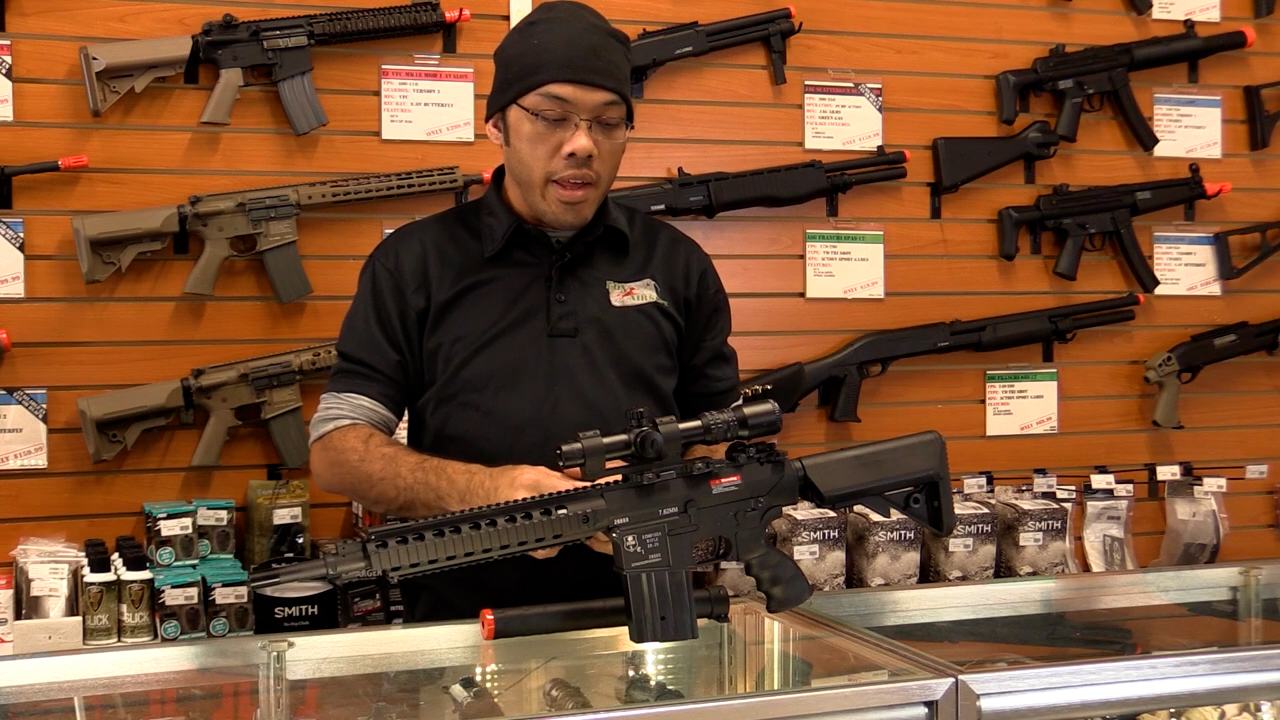 Starting with the gun platform, use something like an AEG or something similarly consistent. Gas rifles are okay too but I don't like them myself because durability and practicality are lacking if you are a player who wants to stay out there longer and be effective. For an AEG, you will want it tuned to be more accurate and consistent and the first thing you have to look at is where its performance currently lies. Whether you are building the gun up yourself or having it done by a technician, you'll need access to a chronograph to benchmark the rifle's current performance. A chronograph is a device that measures how hard your airsoft gun shoots by measuring how quickly the BB travels through the device as you fire your gun.

Once you have your baseline FPS, see what your local field or event rules dictate for DMR classified rifles and start building around that. 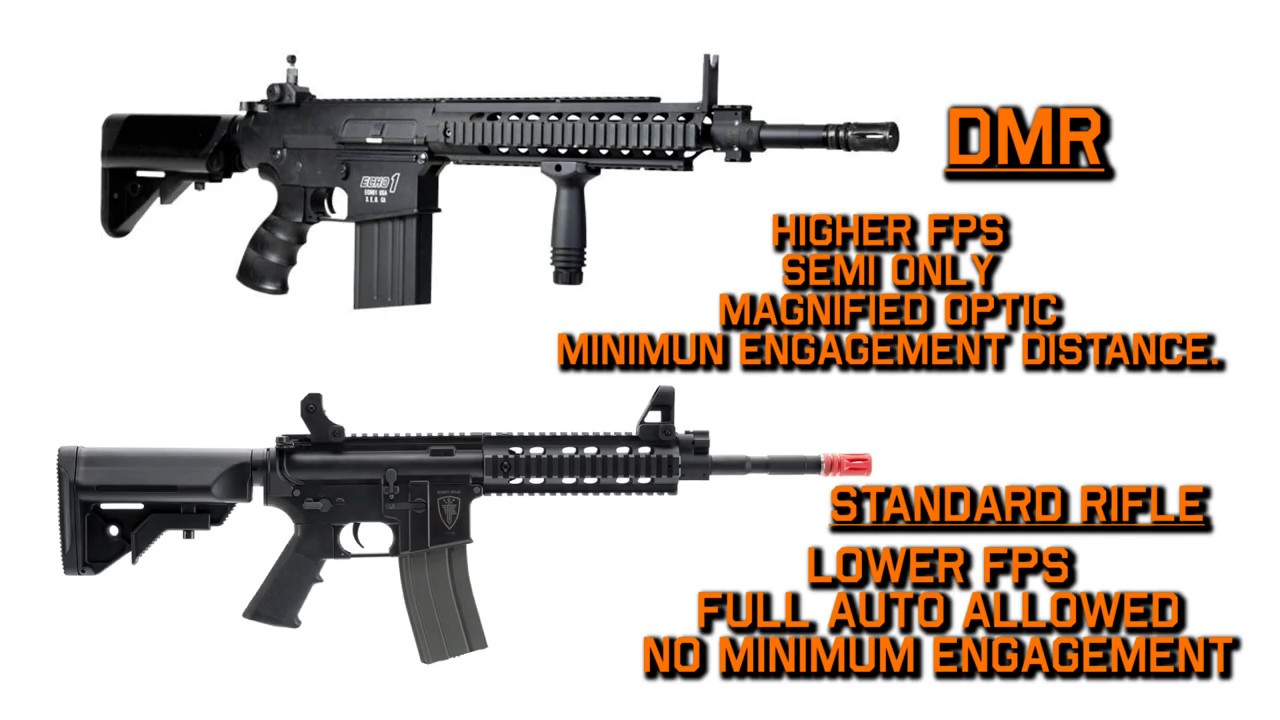 The first thing I would prioritize for the rifle is accuracy. Any gun can shoot hard out of the box but accuracy is where it counts. Start by addressing your accuracy and get yourself a tight bore barrel and better bucking. A consistent hop up chamber is also key but if your stock one works perfectly, I'd be hard pressed to change it to something else unless it makes you sleep better at night. Some guns come equipped with a tight bore barrel already though changing to a nicer one can yield an improvement in FPS occasionally. If you end up using a longer barrel than what is originally equipped, be sure you have a matching cylinder installed in your gearbox or your velocity might be worse.


Once you got that thing shooting straight, you can tackle the velocity next. Getting your rifle to shoot harder is not too difficult. Change to a spring that will get you closer to your desired output. Springs are for gross changes in velocity, while fine tuning your gearbox will unlock more potential through better compression. Once you get your velocity around where you need it, we can look at trigger response. Remember though that velocity and fps is a limit, not a goal. It's better to come in at under what you need and be able to play than to be denied because your gun that you thought shot right at the limit shoots higher than expected.


Trigger response is the measure of how quickly your AEG can complete its cycle. People obsess over trigger response because the faster your gun can mechanically cycle, the quicker you can put down semi auto shots on your target. Fast semi auto rivals full auto in some ways and if you want to be really efficient in slinging plastic, trigger response is another area of tuning you need to prioritize. You can speed up trigger response by using a performance battery such as an 11.1v Lipo battery. You can also tune your gearbox to mechanically give a better trigger response. Gearing can play a factor and switching to a faster ratio gear will make your gun cycle quicker (and give a higher rate of fire if you retained full auto). This is some advanced gearbox work so further research is needed on your part if this is a route you want to explore.


A lot of semi-auto puts wear and tear on the switch assembly and can burn out contacts. If you don't like opening the gearbox every tens of thousands of rounds to replace them you could add a MOSFET to prolong switch assembly life. As a byproduct of the efficiency a MOSFET brings to the table, your trigger response will also improve.

Outside of the gun, really the thing you need to go with a DMR is an optic that will help you pick out and identify your longer range targets better. Airsoft does not have the range of the real thing so a magnification anywhere from 2x to 6x would be more than sufficient and sometimes even overkill.