This is by far the most unique AEG we have in our store. The G&G SSG-1 USR is as controversial as it is unique. G&G Armament has been known to push the envelope and tapping new markets by making all sorts of guns with their own sense of style and the SSG-1 is no different. G&G is a well established and older name in airsoft and makes all kinds of guns though they are most known for their high quality beginner line of rifles such as the Combat Machine series. Their proline guns can come in full metal or polymer as G&G recognizes that for some people, they want a pro level AEG in a lighter package. Their premium rifles like the Top Tech line do incorporate things like the ETU MOSFETs with the microswitch triggers which people really enjoy once they try it out.

The SSG-1 USR is geared towards CQB players who embrace the whole speedsoft/speedball scene by emulating the type of look you might find in a paintball marker. The sport of airsoft in a CQB environment is not too different from a paintball environment and a lot of players have crossed over to airsoft because airsoft is a great deal less expensive. The rifle itself again looks like a paintball marker, and people either love it or hate it. 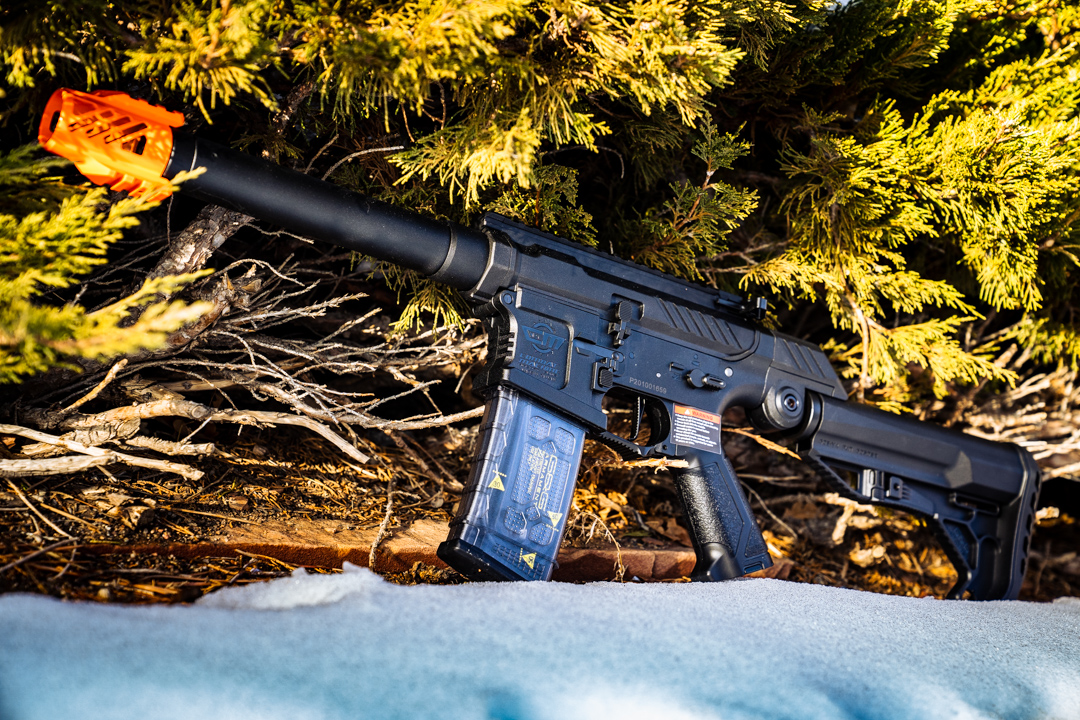 Let me tell you about the appeal of the rifle: for those that are about function over form, a rifle like the SSG-1 makes total sense. You see, the forend is very short and streamlined, leaving you just enough rail to mount essential accessories such as an action camera and a flashlight. The body itself is polymer to keep that weight down. Inside the rifle is a CQB tuned gearbox. The back of the rifle has a drop stock which trades off realism for total function. Those who run big paintball masks, particularly in a CQB environment, just can't aim down their rifle as easily and since airsoft guns tend to be modeled after something realistic, the ergonomics just don't lend well with safety gear.

The drop stock can be adjusted for angle giving you a greater offset and raising your sight picture with the bore. Even though this is not something you would want to do with a real rifle, airsoft has no recoil to speak of so this makes perfect sense just within airsoft.

I forgot to mention that there is a straight trigger or blade trigger present which some people prefer because it's easier for them to shoot rapidly. The gearbox has the famous G&G ETU MOSFET and micro trigger switch which is a great place to start out of the box and it does leave room for you to tune and unlock more potential performance. I think this AEG could do with a better motor and a tight bore barrel if you were looking at upgrade potential down the road. The gun performs great out of the box but in the world of speedsoft, people are always looking to tune their rifles whether its an AEG or HPA for the most performance to gain that upper hand. 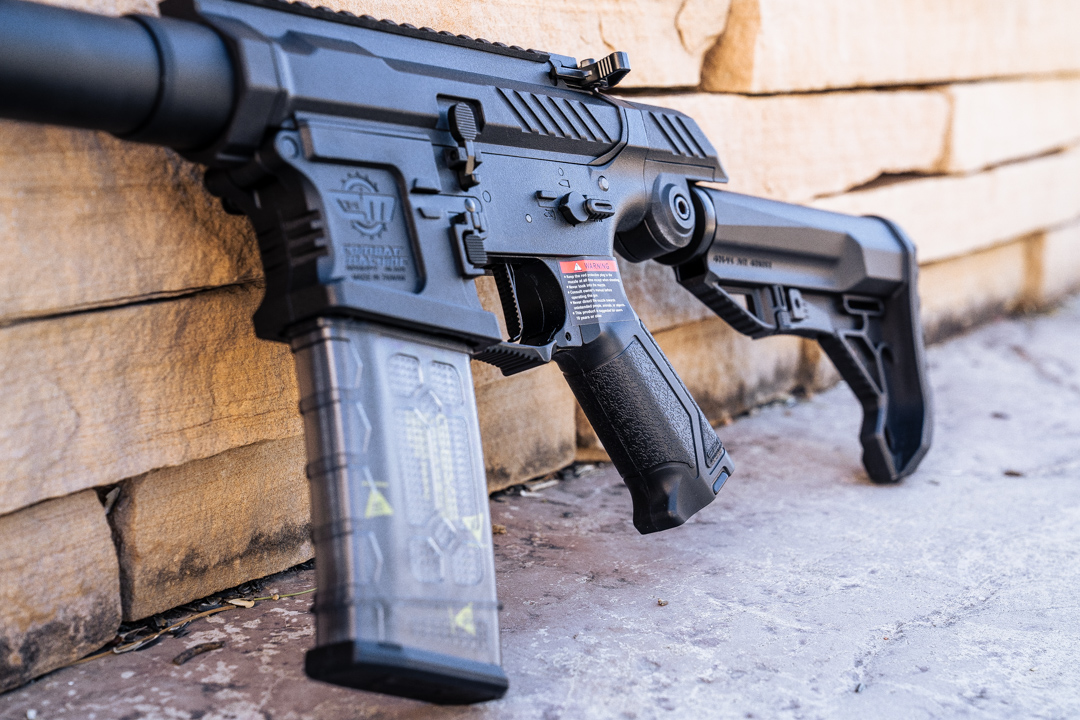 But even though the philosophy of this gun is rooted in function over form, it also has form if your aesthetics gravitate to the world of speedsoft. The SSG-1 has numerous accessories and color combinations that stand out.

G&G makes tracer units that are both short and compact to fit inside the unique frontend found on the SSG-1. Tracers are popular for players of indoor arenas because it helps them track their shots which is invaluable in low-light/no-light games. A tracer unit is a device that is attached to your airsoft gun and contains an electronically controlled diode that flashes as it detects a BB being fired. The light that flashes inside will activate any special tracer ammo that passes through, creating a glow in the dark effect while the BB is in flight. Shooting rapidly is almost like seeing a laser beam being emitted from your gun. 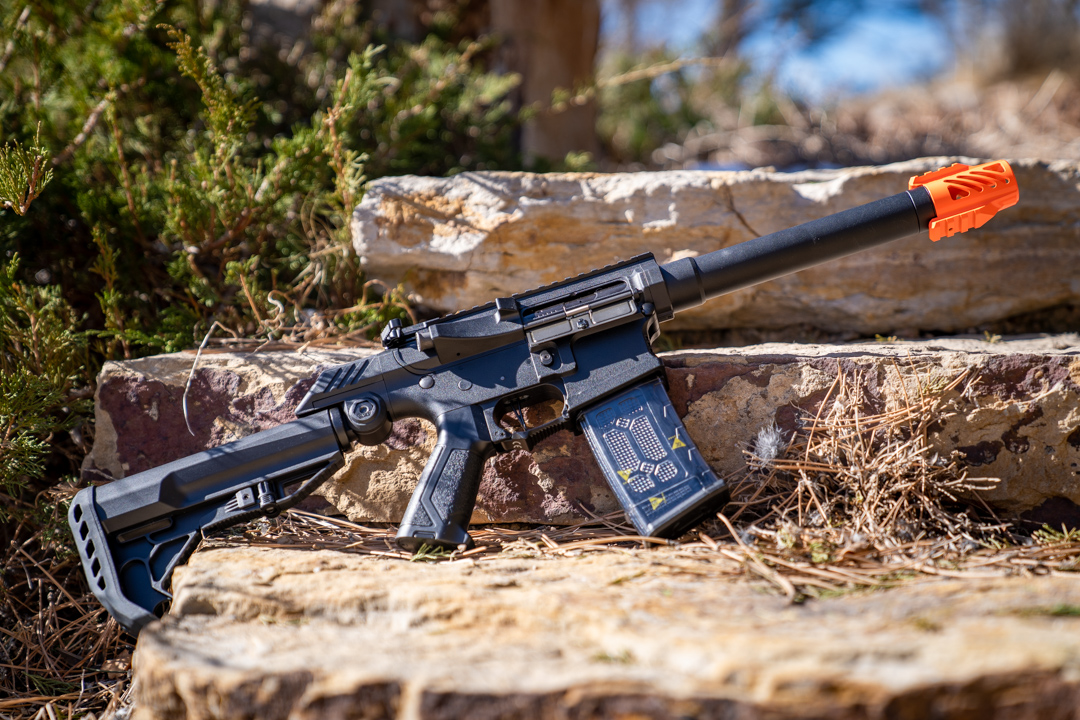 I think that G&G hit it out of the park with the SSG-1, if not for a small group of people whose niche in airsoft definitely deserves the spotlight. As many places in the country don't have the big open spaces for outdoor fields, indoor airsoft is very prominent, especially in the bigger cities out there.


If you find it to be ugly I don't think we'll be changing your mind, but we have to be honest and appreciate the risks G&G is taking to think out of the box and introduce cool AEGs for different types of players. Airsoft is not strictly about milsim so we have to embrace variety even if we don't understand it or partake in it. Variety is the spice of life after all and even if it's not your cup of tea, we should encourage it so we can see more and more innovation in our sport.