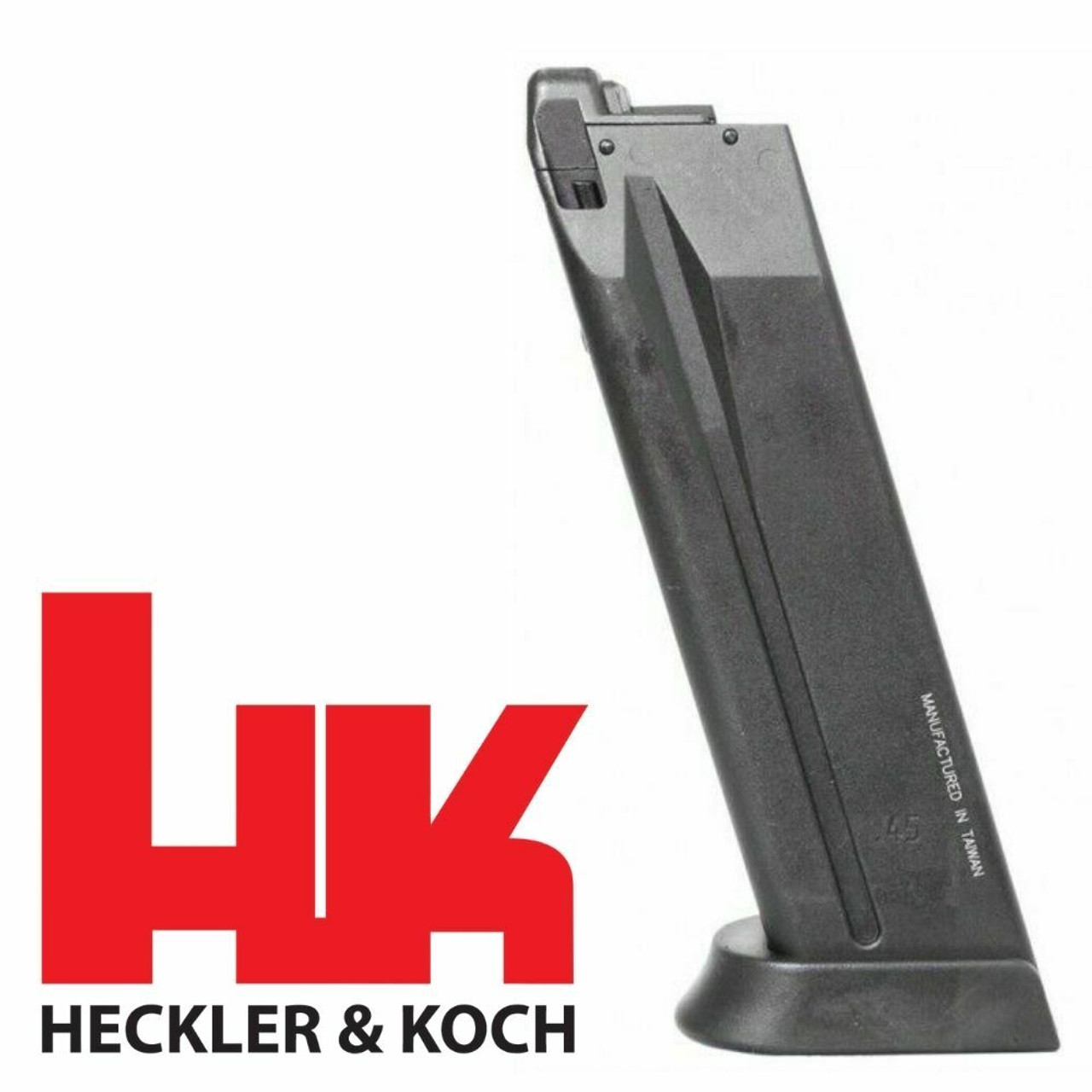 Checkout our selection of Heckler & Koch Pistol Magazines!  Click Here to Learn About The Different H&K Pistol Magazines Below!.  Have questions?  Give us a call at 888-316-7816

About the different types of Heckler & Koch Airsoft Pistol magazines

In this category, you’ll find magazines for all of our HK licensed airsoft pistols. This includes but is not limited to the USP, the HK45, the VP9, and others. Some of these are powered by co2, and some by green gas. We have non blowback, partial blowback, and full blowback options so be sure to find the right mag for your pistol!

A: Heckler and Koch was founded in 1948. HK is based in Germany, but has subsidiaries in the United States, United Kingdom, and France where their arms are most popular. They make arms for the German military as well as many countries and elite units most notably the Navy SEALs, Delta Force, Canadian Joint Task Force 2, GSG9, KSK, HRT, SAS, and more.

The USP came to be highly regarded among the tactical and counter-terrorist communities.  It's a double action style pistol that uses a polymer frame with a steel slide, polygonal barrel with an o-ring to provide better lockup and accuracy, modular fire controls, ambidextrous magazine release, and recoil reduction system.

The models following this pistol were the P30 and HK45 pistols, which were further refined pistols drawing inspiration from the USP.

More recently, HK has released the VP9, a pistol designed to compete with other contemporary striker fired pistols on the market. The VP9 features a polymer frame, loaded chamber indicator, picatinny accessory rail, modular ergonomic grip with changeable backstraps, front and rear cocking serrations with a raised portion at the back for additional control, combat sights, and fully ambidextrous magazine and slide release.

Q: Which magazine is compatible with my pistol?

A: Each HK pistol uses a unique magazine, so you’ll need to get the exact model for your pistol. Remember some pistols like the USP may have a non blowback and full blowback version, so check the product description to make sure it is compatible with your pistol.

Q: What ammo should I use?

A: These mags are designed for 6mm plastic airsoft bb’s, and for the weight we’d suggest anywhere between .20 and .32. Check out our bb selection here!

Q: How do I maintain my HK magazines?

A: Green gas magazines have lubricant in the gas, so you won’t have to regularly maintain these as much as a co2 magazine. The co2 magazines will need to be lubricated with silicone oil on the seal. This is to avoid the seal drying out and cracking.

Q: Who makes the HK pistols?

A: No, they are not manufactured by HK. There are two manufactures who make officially licensed HK pistols. One is Umarex, and the other is KWA. Both are sold under the Elite force brand. The magazines from these two magazines are not cross compatible with each other, so make sure you get the right magazine!