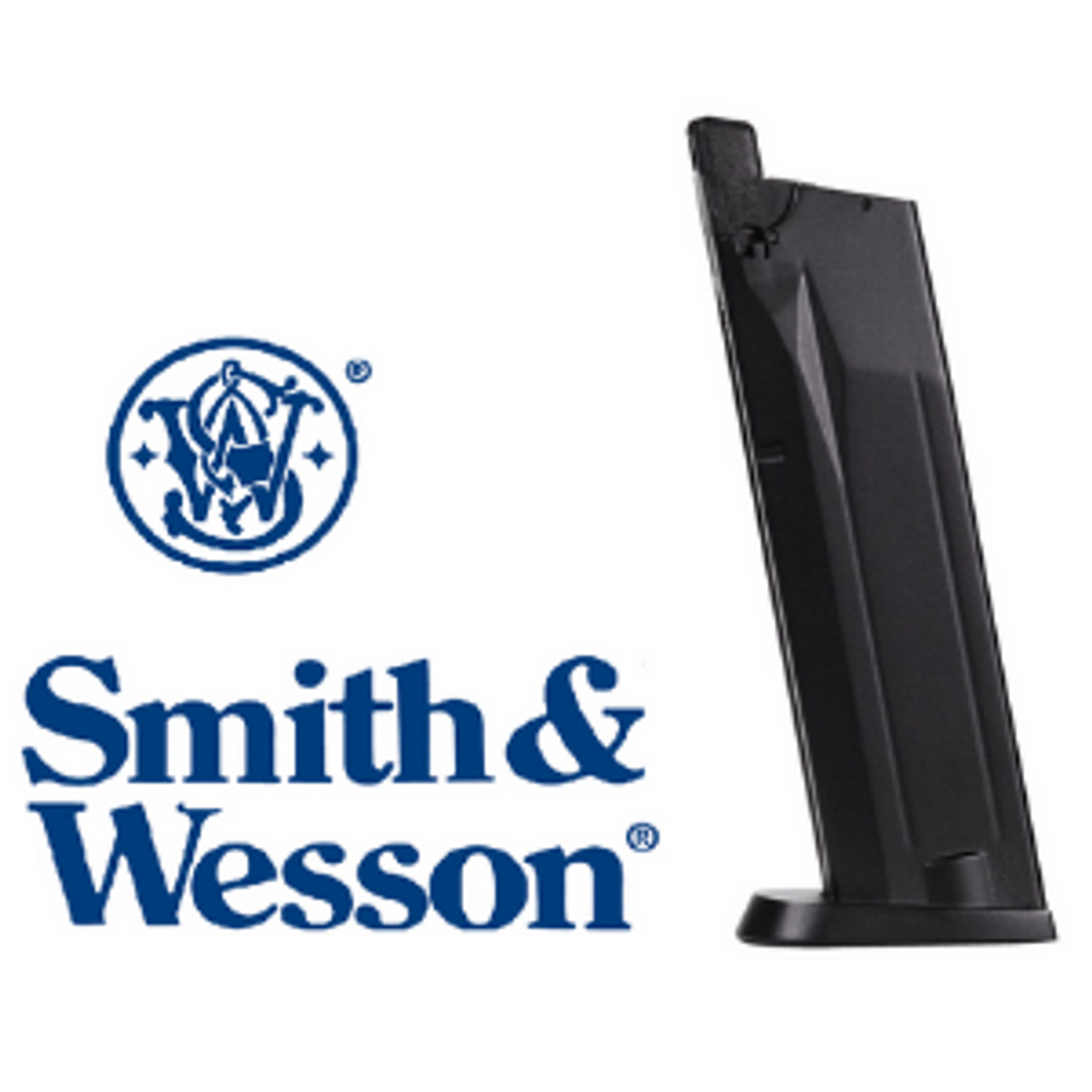 Checkout our selection of Airsoft Smith & Wesson magazines below!  Click Here to Learn About The Smith & Wesson Magazines Below!.  Have questions?  Give us a call at 888-316-7816

About the different types of Smith and Wesson Magazines

Q: Who makes the Smith and Wesson airsoft pistols?

Q: Who is Smith and Wesson?

A: Smith and Wesson (S&W) is an American firearms and ammunition manufacturer based in Springfield, Massachusetts. The company was founded in 1852. The patent on the Colt revolver was set to expire in 1856, so Smith and Wesson began to develop a cartridge revolver. In the 19th century when the American civil war began, the demand for Smith and Wesson’s model 1 revolver was high. Soldiers on all sides were ordering pistols for the purpose of self defense and personal use. At the end of the civil war, the demand for these revolvers declined so Smith and Wesson began to develop larger caliber revolvers for use on the frontier. The new .44 caliber design (known as the model 3) was the first cartridge revolver adopted by the US army. In 1899 Smith & Wesson introduced its most widely used revolver, the .38 Military & Police (also known as the Smith and Wesson model 10). With over 6 million produced, it became the standard sidearm of American police officers for much of the 20th century.

Today, Smith and Wesson focuses primarily on their AR-15 models and the M&P line. The M&P was launched in 2005, and was S&W’s answer to Glock for a polymer framed pistol. These M&P pistols feature interchangeable backstraps, as well as improved trigger weight and feel, and unique takedown method. The M&P is one of the most popular pistols for self defense and conceal carry.

Q: Which magazine is compatible with my Smith and Wesson pistol?

Q: What ammo should I use?

A: These mags are designed for 6mm plastic airsoft bb’s, and for the weight we’d suggest anywhere between .20 and .32. A .20g (lightweight bb) will be more susceptible to wind than a .28g (heavier) bb weight. A heavier bb will travel slower, but is better in terms of wind resistance and accuracy. Check out our bb selection here!

Q: How do I maintain my Smith and Wesson pistol magazines?

A: Green gas magazines have lubricant in the gas, so you won’t have to regularly maintain these as much as a co2 magazine. The co2 magazines will need to be lubricated with silicone oil on the seal and valve. This is to avoid the seal drying out and cracking. It’s important to use a silicone based oil, as anything alcohol based will dry out.