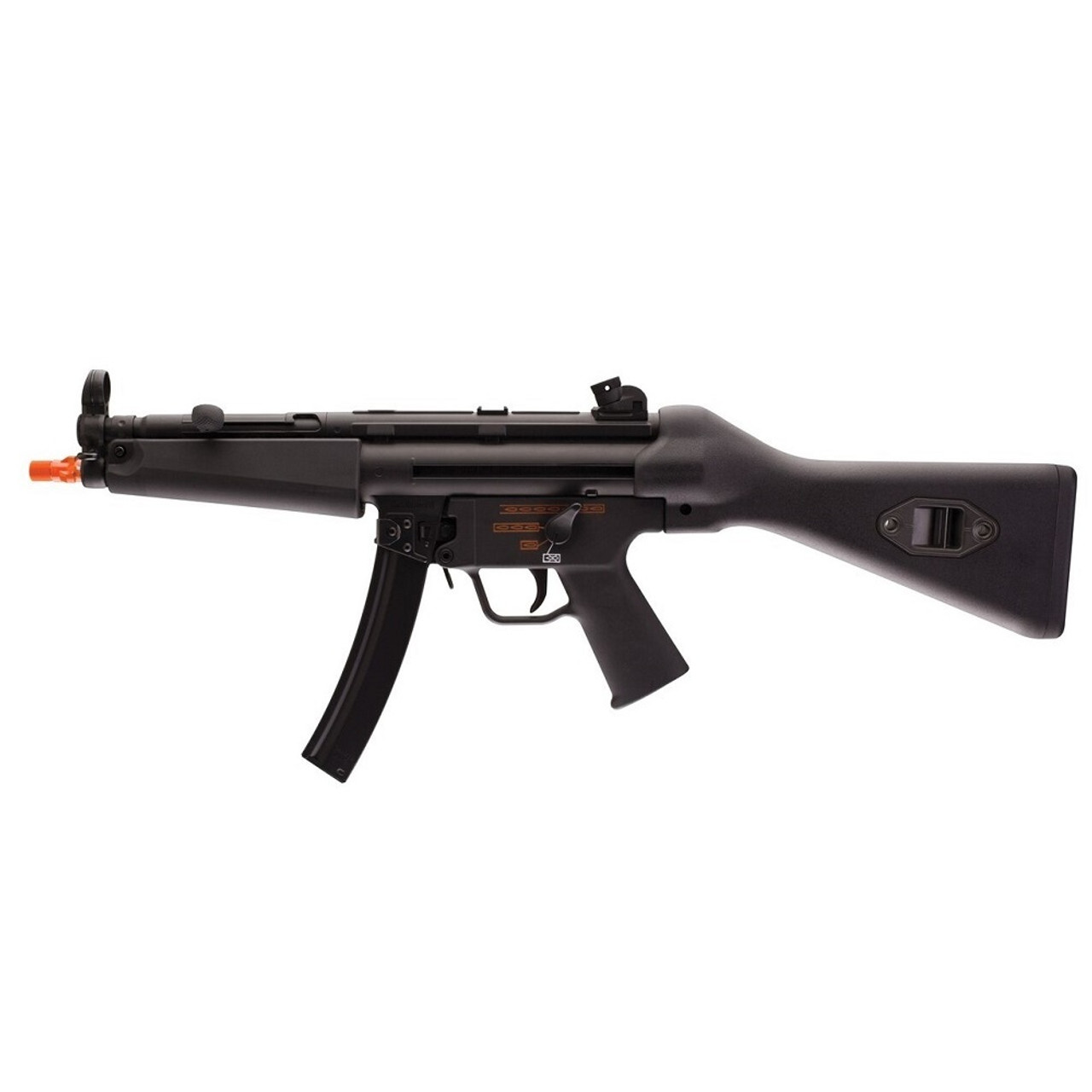 What is an MP5 Airsoft Gun?

The H&K (Heckler and Koch) MP5 family of weapons is instantly recognizable in the hands of military and police worldwide as well as in popular media such as movies and video games. Even though the design itself is over 50 years old it is still one of the most widely used submachineguns in the world. It has been used in over 40 nations and is still available brand new even to this day even though another model from H&K was developed to replace it, the UMP.

There are a few airsoft versions of the MP5 that are very popular.  The A4 version features a full stock which is great for carrying a larger battery.  The A5 version uses a telescoping stock allowing the gun to collapse to a very small size when maneuvering.  Also very popular are the SD or suppressed variants.  The SD5 is a suppressed version that features a full stock while the SD6 has the telescoping stock.  These guns are featured in a variety of movies including the popular "Navy Seals" movie in the early 1990s.  Another popular version is the MP5K or the PDW (personal defense weapon) versions of the gun.

The story of the MP5 begins at the success of the G3 battle rifle developed by German arms maker H&K in the 1950's in collaboration with the Spanish state-owned CETME. This rifle is was very prolific in its design and has seen nearly 8 million G3 pattern rifles built since its inception. Once that rifle had been well received and adopted, H&K was looking to capitalize on that success to develop other weapons. They moved on to design other guns based on the same basic design layout and operating principal behind the G3. The MP5 is essentially a 9mm version of that rifle. What resulted was a very robust and reliable submachinegun that anybody could pick up and use well as it was easy to shoot. Though it is a heavy little gun, it is distinguished in that it was made in the old fashioned way with stamped steel and welding combined with the quality that H&K is known for.  This was well before aluminum and polymer really took off in firearm usage so it has that classic feel when you look at one up close. For those looking for something more lightweight and designed with the same sensibilities as the original MP5, the UMP is a logical predecessor to the lineup. Modern doctrine has dictated the changeover to more powerful carbine cartridges in short barreled rifles and as a result, submachineguns have seen less favor over recent times.

In 1980, the MP5 became iconic as it was seen in the hands of SAS operatives who stormed the Iranian Embassy in London to rescue hostages. This was a highly talked about and televised incident and the rest is history. The video game age gave this gun an even bigger spotlight, being prominently featured in Half Life, the Rainbow Six, and the Call of Duty franchises.

Popular variants of the MP5 series includes the MP5A4 which features a full stock, The MP5A5 which features a collapsible stock, the MP5SD5 which is a suppressed full stock variant and the MP5SD6 which is the collapsible variant. The need for a specialized version arose with those who needed to carry out executive protection duties and clandestine missions and thus a smaller MP5 was developed: the K. The K in MP5K stands for kurz, which in German means short. The K models feature a shorter receiver and barrel length and take their own unique parts to distinguish it from its larger variants. The K can come with either a simple stockless configuration or PDW which has a folding stock.

A: Since automatic electric guns (AEGs) are built similarly, most of the range differences come from internal barrel length.  MP5 variants have shorter barrel lengths than M4s so their overall range will be slightly less.

Q: How many BBs are held in an MP5 magazine?