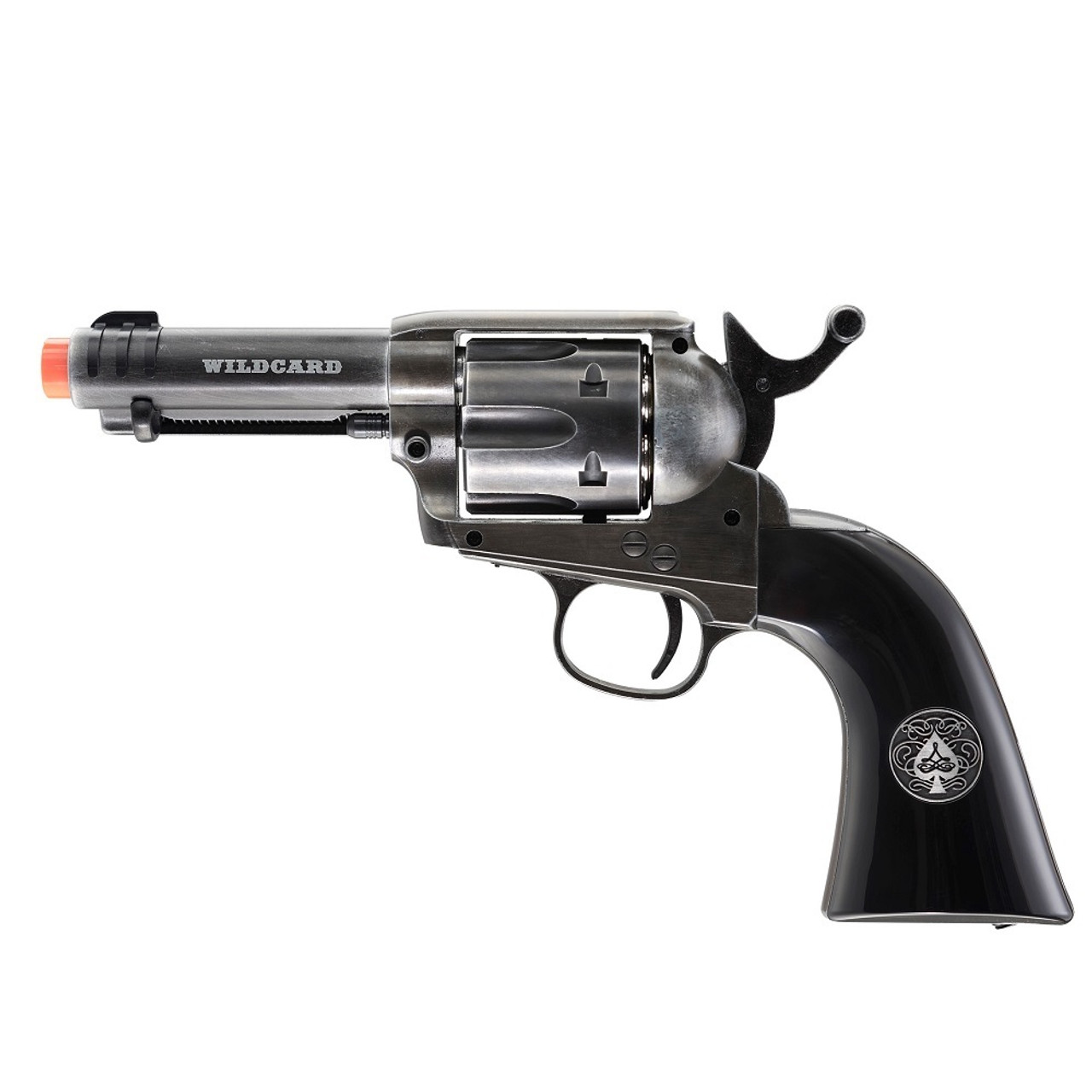 What are Airsoft Pistols?

Pistols in airsoft typically function as a backup weapon in airsoft games, or for those who play mostly close quarters or like the challenge, they may even serve as a primary weapon. Pistols are often easy to get into due to their lower price compared to airsoft rifles. Within the pistol category there are several different types of pistols in terms of operation and level of realism. The one that works best for you will have to be based on your budget, how you plan to use this pistol, and how much realism you want. Let's talk about the types of pistols first based on the least expensive types of pistols and move our way up.  Also, if you're looking for more information, make sure to check out our airsoft pistols guide!

Spring Pistols - Manually Cocking
These are the least expensive types of pistols out there. These operate by manually pulling back the slide to cock the gun before you fire each shot. This type of pistol is purely for cheap thrills because it does not cost any money to operate. Because of its single shot nature, these are very slow to use in an airsoft game against other people and because it takes some hand strength to pull back the slide, it may be difficult for younger airsofters to use this type of gun. These also don't shoot very hard compared to other pistols.

NBB - Non Blowback Gas Powered
This type of pistol is the next step up from spring pistols. Depending on the model, these will run off of green gas or CO2 -- though you will find most of them powered by CO2. Non Blowback pistols do not have any kick or recoil and lack realism, but they are very simple to use and reliable. All you have to do is pull the trigger to fire. The gun does not lock back or stop you from pulling the trigger when there are no BBs, so this is where non-blowback pistols lack realism. NBB pistols are very efficient on gas and a single CO2 capsule for many guns can last over 100 shots. NBB pistols shoot as hard if not harder than the more expensive pistols. Often times the NBB pistols might shoot harder because the lack of blowback and moving parts means all your gas is used to drive the BB out of the gun rather than also creating recoil. Non-blowbacks will often have a long, heavy trigger pull. This is not recommended for young players with low hand strength.

PBB - Partial Blowback Gas Powered
Partial Blowbacks/Half Blowbacks/Short Blowbacks are an emerging type of pistol that sits between the Non Blowbacks and Full Blowbacks in terms of price and realism. PBBs will have recoil and moving slides to be more realistic, however the gun is built as a sealed unit. This means the gun isn't to be taken apart for any sort of maintenance other than oiling the seals in your magazine. PBBs will have long but light trigger pulls, making this our recommended starting point for most beginners of all ages. You will often find these are powered by CO2. Depending on the maker, the gas/CO2 may be stored in the grip of the pistol and use stick magazines or be stored in a full sized magazine. The former has less expensive magazines but will require you to get into the grip to add CO2/gas during a fight whereas the latter you can always carry spare magazines that are fully charged and ready to go.

Gas Blowbacks - Full Blowback Gas Powered
The top tier of pistols would be the gas blowbacks. These can be powered by CO2 or green gas which will be stored in the magazine. CO2 pistols will perform better year around, especially if you live in an area that sees cold weather. Green gas works better in the warmer climates. The advantage to green gas is that the magazines serve as gas tanks which you can always top off between rounds so you're not questioning if your gun has gas in it or not. For CO2 you need to get to know your gun to know when you should replace the cartridge. Often times the CO2 capsules last about ~2 magazines for most guns. The downside to green gas though is poor performance in cold areas. These pistols will feature full blowback and function and cycle like the real thing. You can also field strip these pistols down for cleaning and maintenance as you would on the real thing.

A: This depends on your individual need.  More and more pistols are CO2 compatible these days.  CO2 has some strong advantages over green gas - it works in a wider temperature range, and you can get more shots per cartridge vs. a typical magazine fill.

A: Each has their advantages.  If you are going for realism, it's impossible to beat a gas blowback pistol.  Every trigger pull the slide will cycle and it will lock back once out of BBs.  If you want something simple with less moving parts, choose a non blowback pistol.