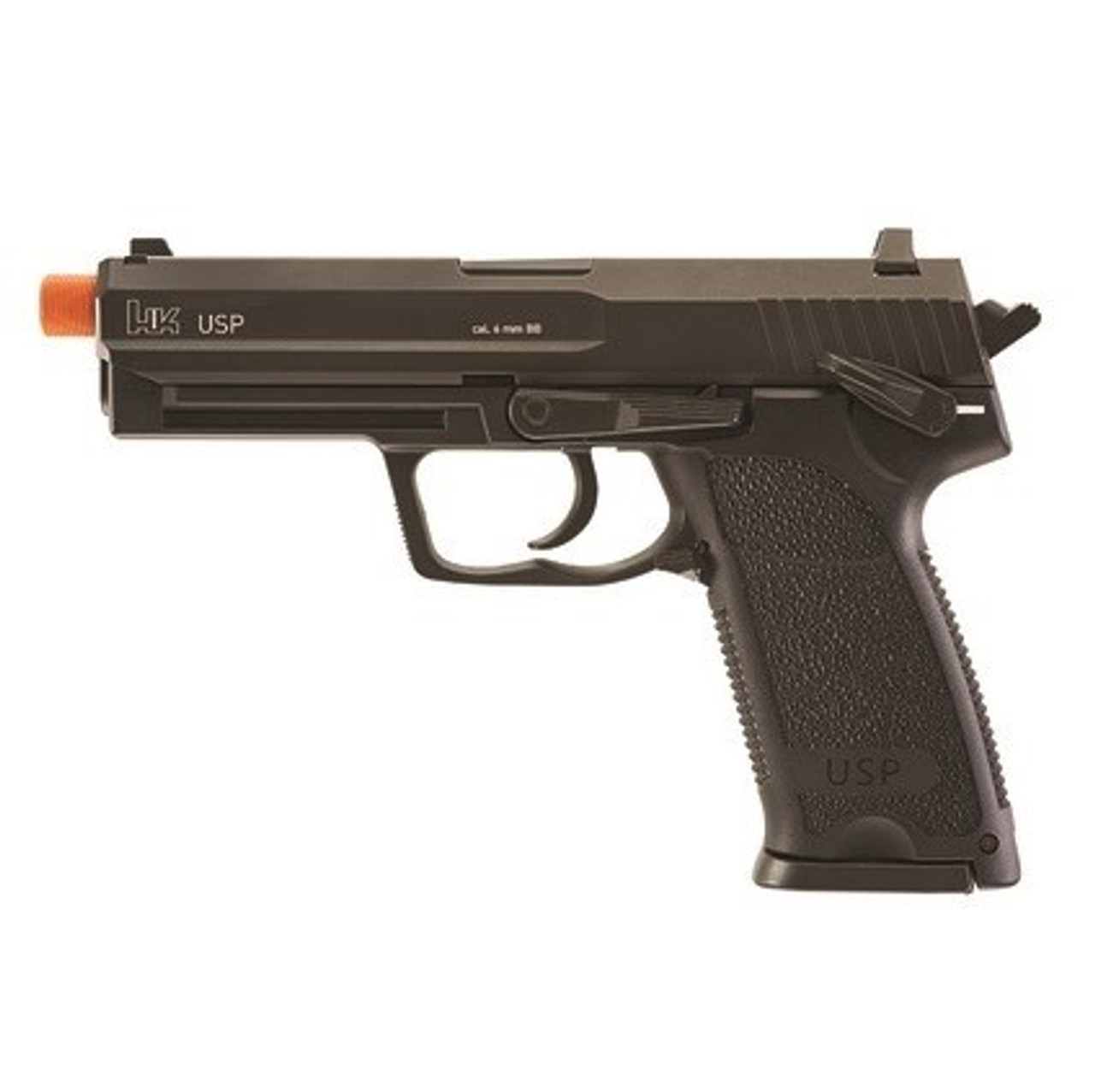 Check out our selection of HK pistols below.  Click Here to Learn More About HK Airsoft Pistols!.  Have questions?  Give us a call at 888-316-7816

What is an HK Airsoft Pistol?

Heckler and Koch was founded in 1948 and is one of the most prolific firearm manufacturers in the world. HK is based in Germany but has subsidiaries in the United States, United Kingdom, and France where their arms are most popular. They make arms for the German military as well as many countries and elite units most notably the Navy SEALs, Delta Force, Canadian Joint Task Force 2, GSG9, KSK, HRT, SAS, and more.

Their most notable guns include the MP5 submachinegun made famous by the SAS, UMP, G3 battle rifle, HK416 and 417, G36, MP7, HK21, PSG1 and USP line of handguns. They lead the way with several industry changing innovations including having the first polymer framed pistol. Contrary to popular belief, it was actually HK and not Glock who did it first.

The USP was an ambitious pistol when it came out and came to be highly regarded among the tactical and counter-terrorist communities. Building on a double action style handgun, the USP (which stands for Universal Service Pistol) was designed from the ground up to be modular and well suited for military and police use. It uses a polymer frame with a steel slide, polygonal barrel with an o-ring to provide better lockup and accuracy, modular fire controls, ambidextrous magazine release, and recoil reduction system. It utilized special protective coatings to be able to withstand maritime environments and was built to be strong enough to handle higher pressure ammunition as a primary diet.

The models following this pistol were the P30 and HK45 pistols, which were further refined pistols drawing inspiration from the USP. The grips are smaller and have been recontoured which was a result of feedback that the USP grips were rather large. Other evolutionary changes took place and though it looked to be a promising candidate for the new Joint Combat Pistol program, they ended up being overlooked once the military reevaluated the cost to rearm the troops.

More recently, HK has released the VP9, a pistol designed to compete with other contemporary striker fired pistols on the market. The VP9 features a polymer frame, loaded chamber indicator, picatinny accessory rail, modular ergonomic grip with changeable backstraps, front and rear cocking serrations with a raised portion at the back for additional control, combat sights, and fully ambidextrous magazine and slide release. Though more expensive than the competition, the VP9 is put together quite nicely and the fit and finish really shows.

Another popular HK pistol is the HK MK23.  This was designed as an offensive .45 caliber pistol with a detachable suppressor.  The gun also had a unique rail, different from the popular mil spec picatinny rails, that was designed to house a special laser aiming module (LAM) that allowed the user to hold a flashlight as well as a laser.  The laser could be used in the visible or IR spectrum in conjunction with night vision goggles.

Q: Is the MP5 considered a pistol?

A: The MP5 is classified as a sub machine gun

Q: How closely will these pistols replicate my real HK pistol?

A: The full blowback pistols closely replicate their real counterparts in both look and function.  Blowback pistols are a popular training option for many law enforcement departments.