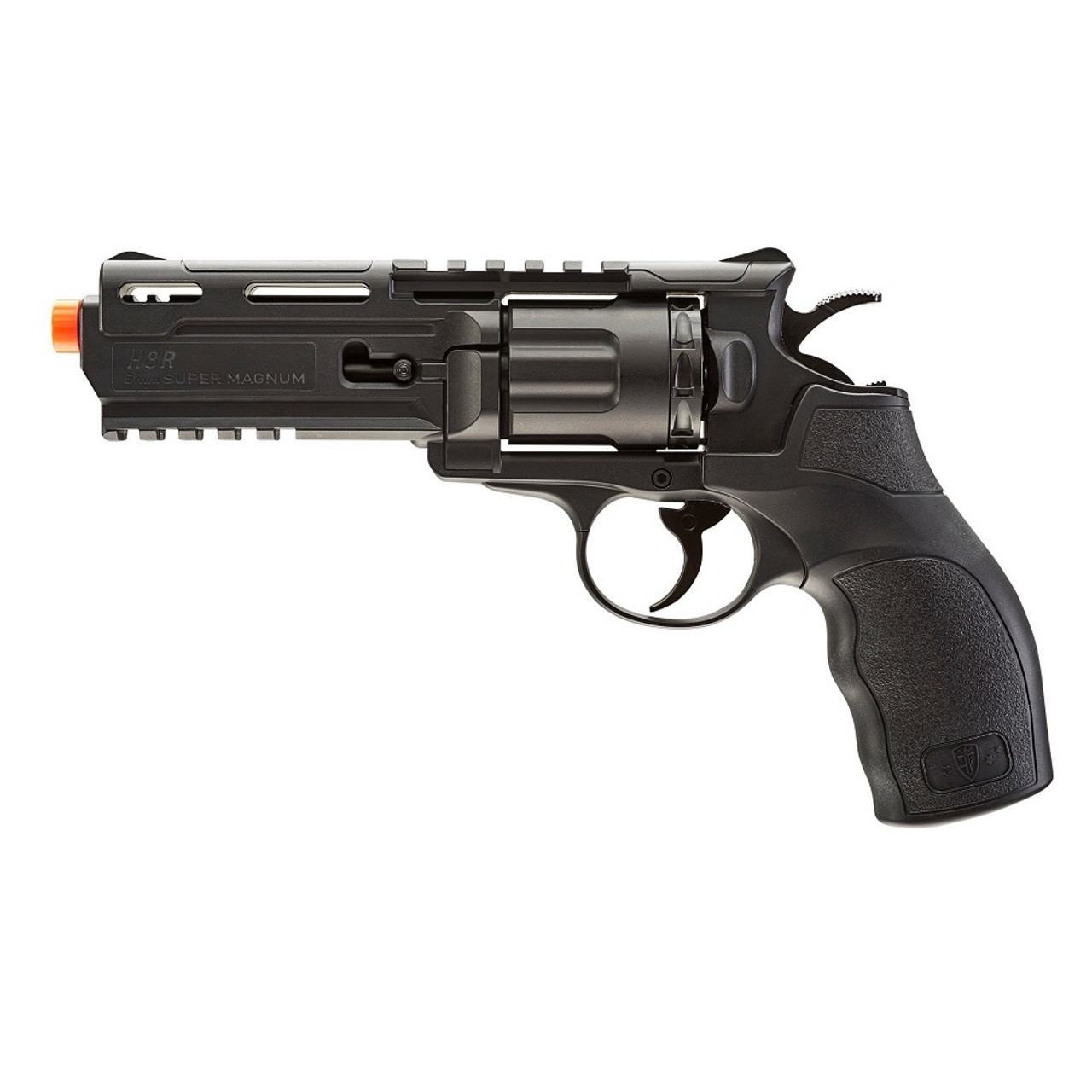 Check out our selection of airsoft revolvers below!  Click Here to Learn More About Airsoft Revolvers!.  Have questions?  Give us a call at 888-316-7816

Why choose a revolver in airsoft? Most people do it for the uniqueness of the gun. Some do it because the way the revolver works offers a more satisfying experience both in collecting and for playing. All that being said, the revolver class of airsoft pistols offers a lot of fun but does have its drawbacks that are associated with real revolvers too. Is the revolver antiquated? Some say yes. Is there a time and place where they would be the perfect tool for the job? Absolutely. In airsoft it's really more about what style you like and running the gear you want.

Some revolvers such as the Elite Force H8R will use clips to hold ammunition. The rotary clips will rotate during your trigger pull to load the next BB for firing. These clips are inexpensive and hold more rounds than a revolver normally would and are fast to reload. However the lack of realism might be a turn off for some, but these quirks make the H8R a very viable and skirmishable revolver.

Other revolvers use actual shells and have a capacity of 6 rounds just like a proper revolver should. These individual shells hold a single BB each. Airsoft revolvers using actual shells are very ammo limited and slow to reload. With practice it can be done smoothly however you don't want to lose your shells in the field because you would need to purchase more. Loading one by one is slow but it is possible to use speedloaders to help get your gun back into action faster. Speedloaders hold 6 shells allowing you to dump your shells into the cylinder quickly rather than manually one by one.

It should be noted that the shells in these revolvers tend to be proprietary and not cross brand compatible.

The majority of revolvers that are skirmishable in airsoft are gas powered, typically CO2. The CO2 is stored in the grip and usually gets the same efficiency of a non-blowback due to the lack of moving parts. This is great because you can enjoy a lot of fuel economy out of a single co2 cartridge. In case you didn't know, the typical non-blowback pistol can get well over 100 shots on a single CO2 capsule.

A: Some revolvers shoot at a very high velocity, you'll need to check individual velocity requirements and what your field requirements are

Q: Do Airsoft Revolvers use shells?

A: Yes!  Most of the airsoft revolvers have removable shells adding to the realism.