Hey everyone! Today’s topic is going to be about rail systems.

Rail systems are universal accessory mounting platforms that can be found on many modern styles of airsoft guns. Much like real firearms, we may have a need to mount certain accessories to help us out in some way whether it's to dress up the gun or give us additional functionality when we're out there playing the game. 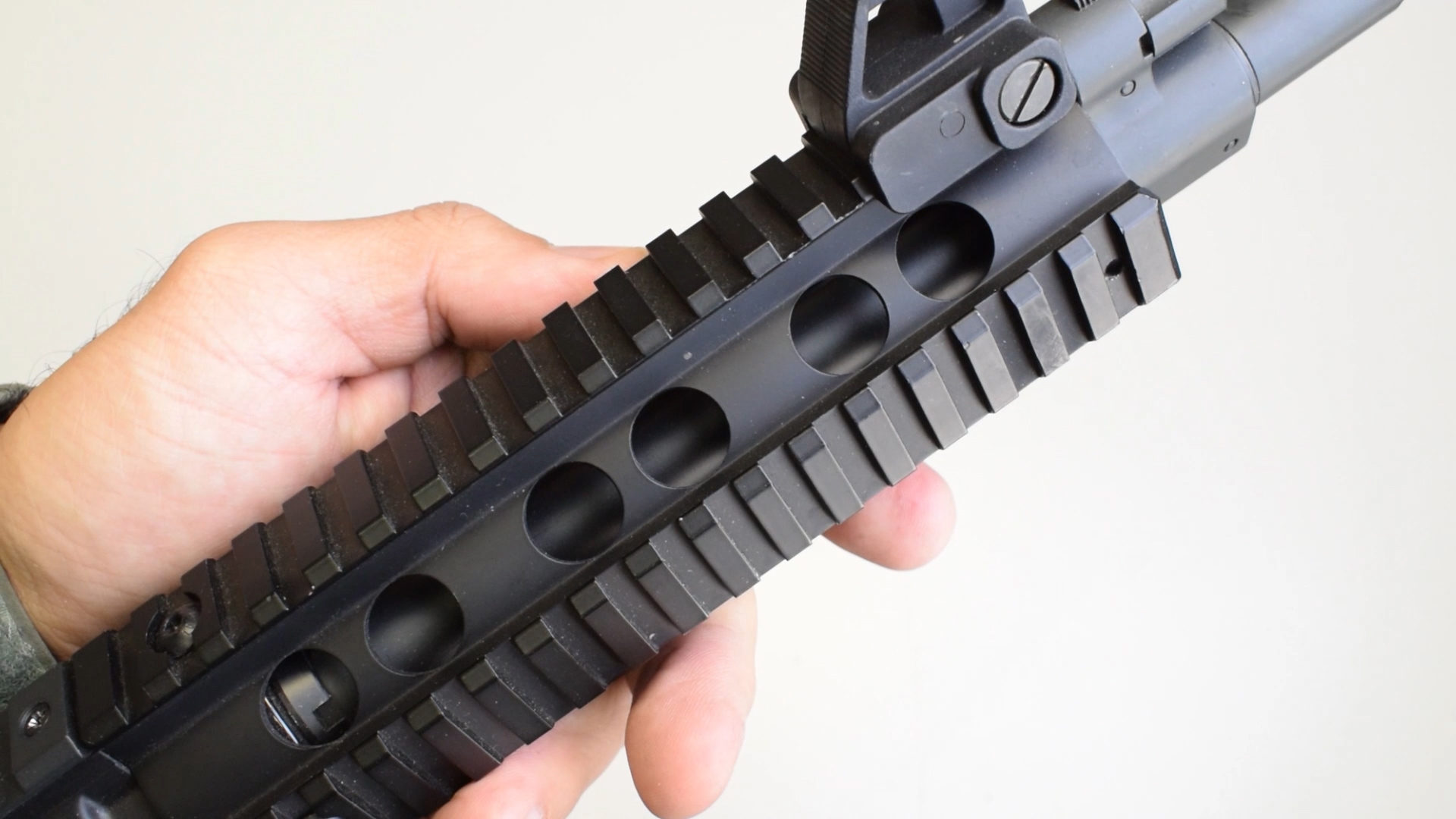 Many airsoft guns modeled around modern firearms will feature a type of rail system: picatinny, MLOK, or Keymod. Each of them are distinct and have their pros and cons. Most people tend to go for looks when buying an airsoft gun though with the types of rail systems out there, they might be getting into some added benefits without knowing. Mounting accessories can enhance your gameplay and overall experience and plus it's fun to personalize gear. There are a few types of rail systems out there.

Let's start first with the oldest and most prevalent style of rail system, the picatinny rail. Prior to its invention, firearms were all designed in a manner where accessories such as scopes and grips for example had to be extremely proprietary. Its creation came about when the military saw the need for a modular system for accessories to be mounted to the existing firearms that were issued. What resulted is the rail system with prominent slots machined into the handguard.If manufacturers adhered to the specifications laid out for the picatinny rail, it would ensure the accessory can be mounted very easily. 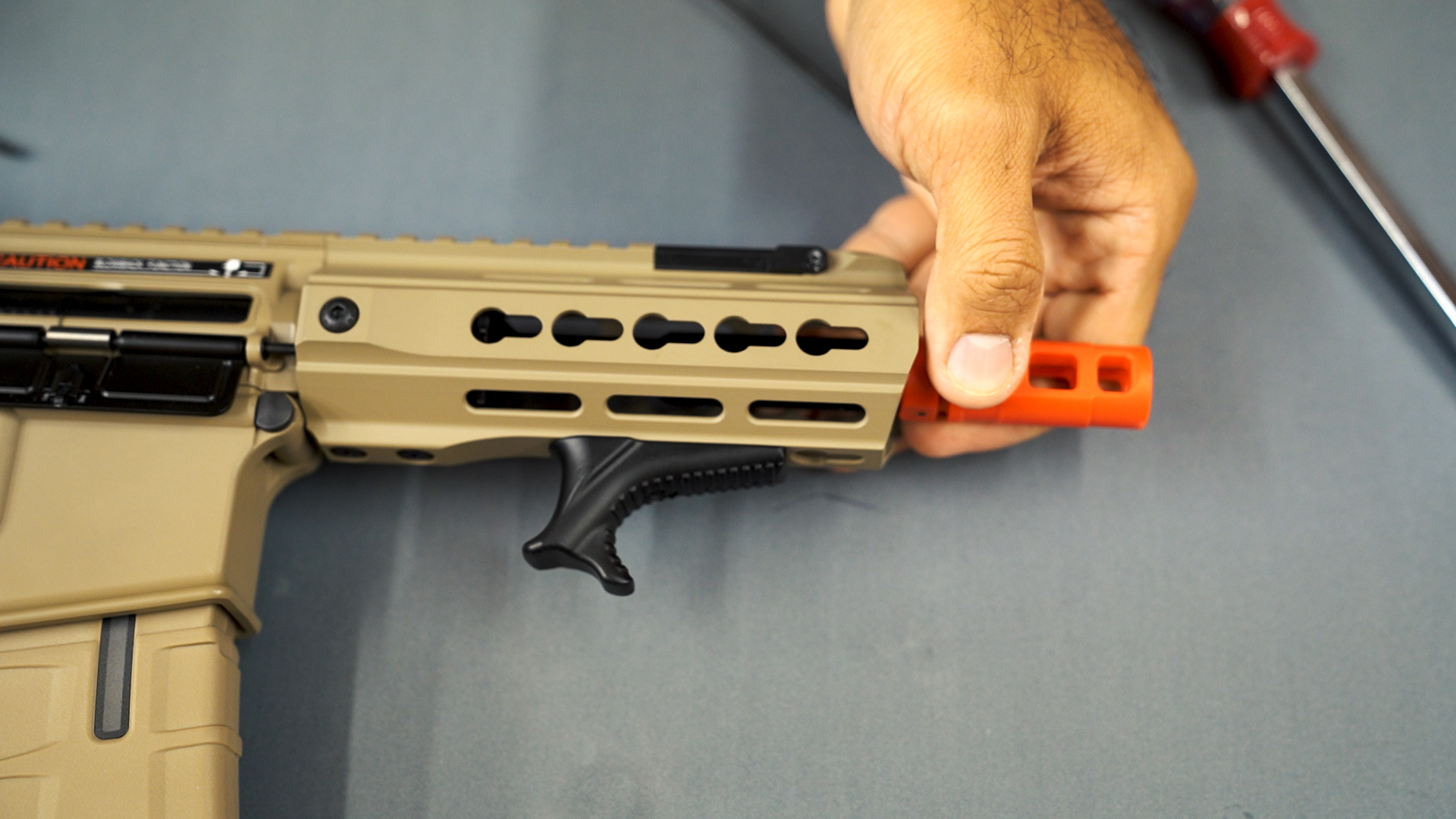 The most elite units were the first to use these rail systems adapted to their guns (which were M4's). Over the years as the platform became more prolific, this started to filter down to the rest of the military as well to the point where it became standard everywhere. All of a sudden an item designed for picatinny rails can be used on any compatible firearm rather than it being proprietary to a specific model of firearm.

The way an accessory attaches to a picatinny rail is by tightening some sort of clamp by a screw. Some variations of this clamping mechanism would be a locking lever that locks the clamp in place. The benefit in this system is its ease of finding accessories. You can get vertical or angled grips, lights, lasers, bipods, rail covers and more. The downside to this system is that overall, the firearm is very bulky with a rail system not to mention the mount on the accessory. 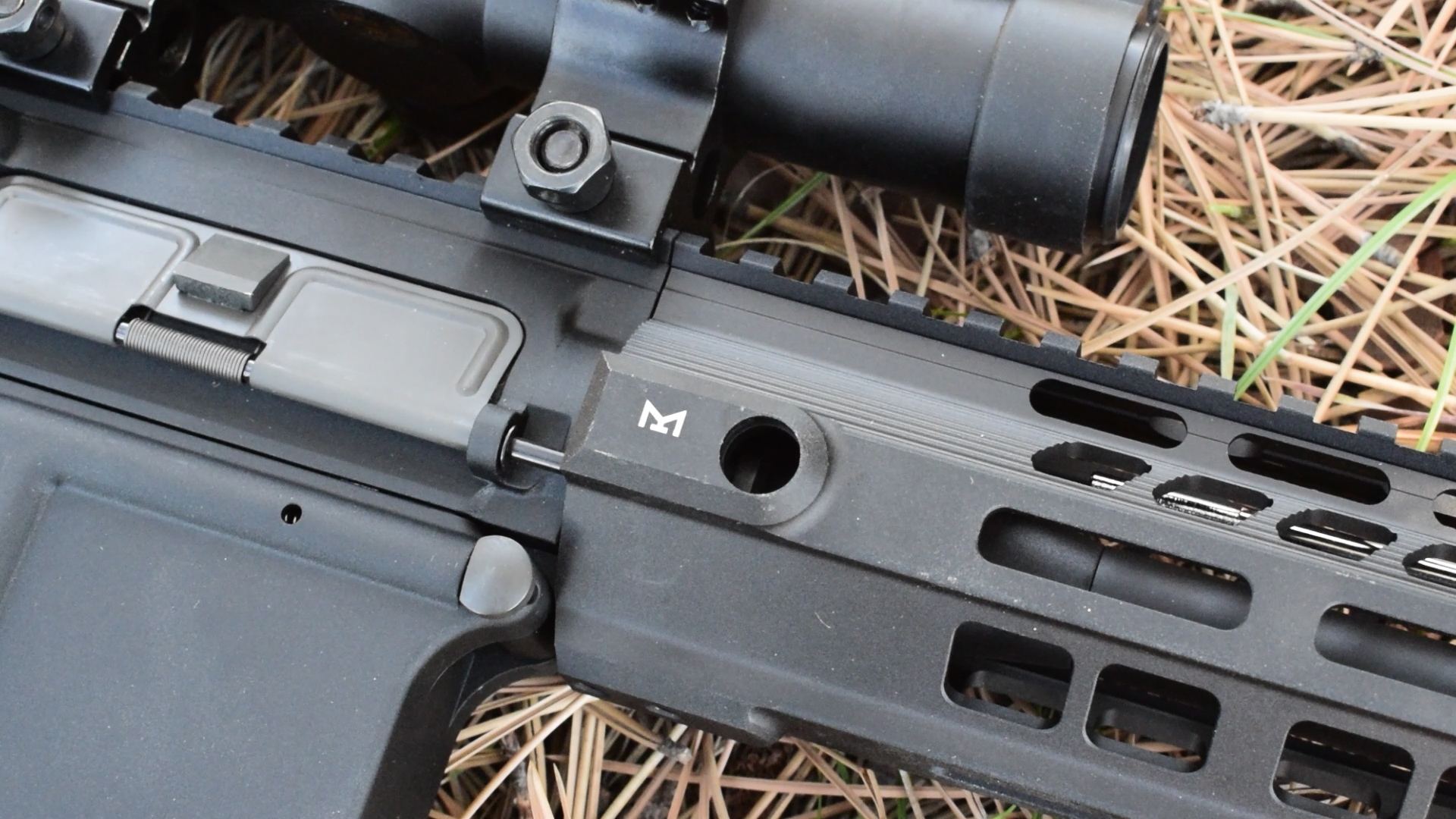 The next type is Keymod. The name comes from its distinct shape which creates a universal mounting platform as well. The hardware to mount the accessory uses negative space, the mounting hardware sinks into the "keyholes" and clamps inward so to speak. This style of mounting was created by VLTOR Weapon Systems, a real life firearm accessories manufacturer and is open-source. This means that anybody is allowed to use their system and measurements to create their own accessories. The benefit to keymod rails and accessories is that items were overall less bulky. The negative space mounting means the mounts themselves are done away and that can save you quite a few ounces. The profile of the rails without anything attached is very slick and streamlined. Even with accessories added, the overall girth of the forend is not anywhere near as big compared to a picatinny rail loaded up with the same types of accessories. Some people will appreciate how slick their gun looks compared to the classic but often bulky older rail setups so even when not attaching accessories, people tend to appreciate the smooth look. Oh, and if you have some older picatinny accessories, you can still use them by adding picatinny rail sections where you need them. 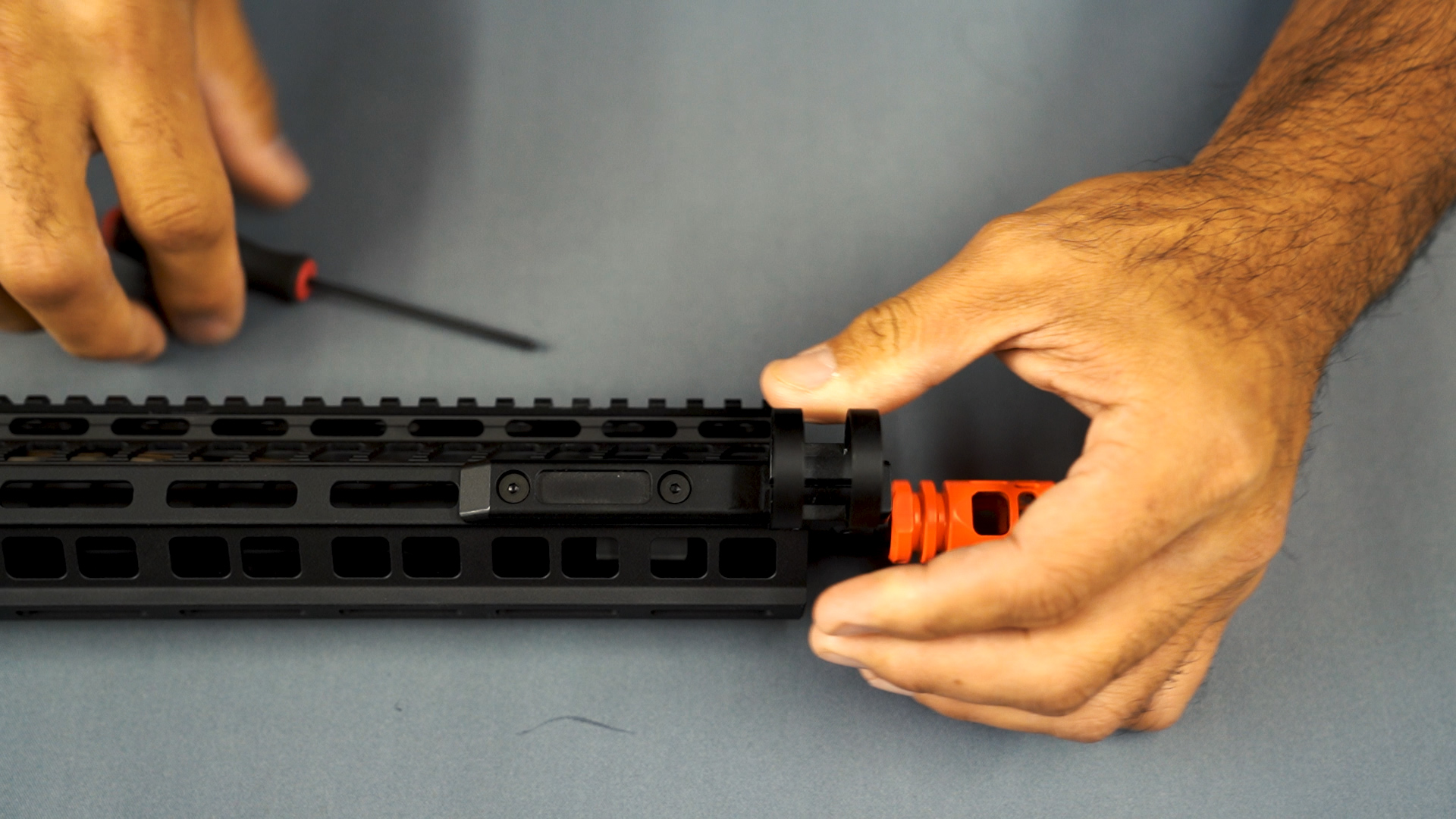 The last one rail system type is MLOK. MLOK was devised by Magpul Industries, a popular firearm accessory maker. This type of rail has distinct rectangular sections cut out along a railed forend and it works like Keymod. MLOK accessories use negative space to mount and have hardware that goes into the MLOK slots in the handguard and grabs from the inside. This form factor is not open-source but it is licensed. Magpul allows just about any maker to make MLOK compatible accessories under license. Though this mounts similar to how Keymod items work, the benefit to Magpul's MLOK design is that it is simpler to machine and make accessories for because the mounting holes are a simpler shape. All the benefits of Keymod are the same here. They most important thing about MLOK right now is that it is growing in popularity and surpassing Keymod by a wide margin. Airsoft trends and designs tend to emulate the real deal so I would expect this trend to follow, however it happens at a slower place so don't worry, your picatinny and Keymod accessories should remain plenty useful for the time being.