Hi I’m George from Fox Airsoft and today I wanted to talk about airsoft safety etiquette. You might see me reffing at FAF on the weekends so some of these points I will be making today are the types of things we want to instill in players at our field, but this will also apply to players anywhere. 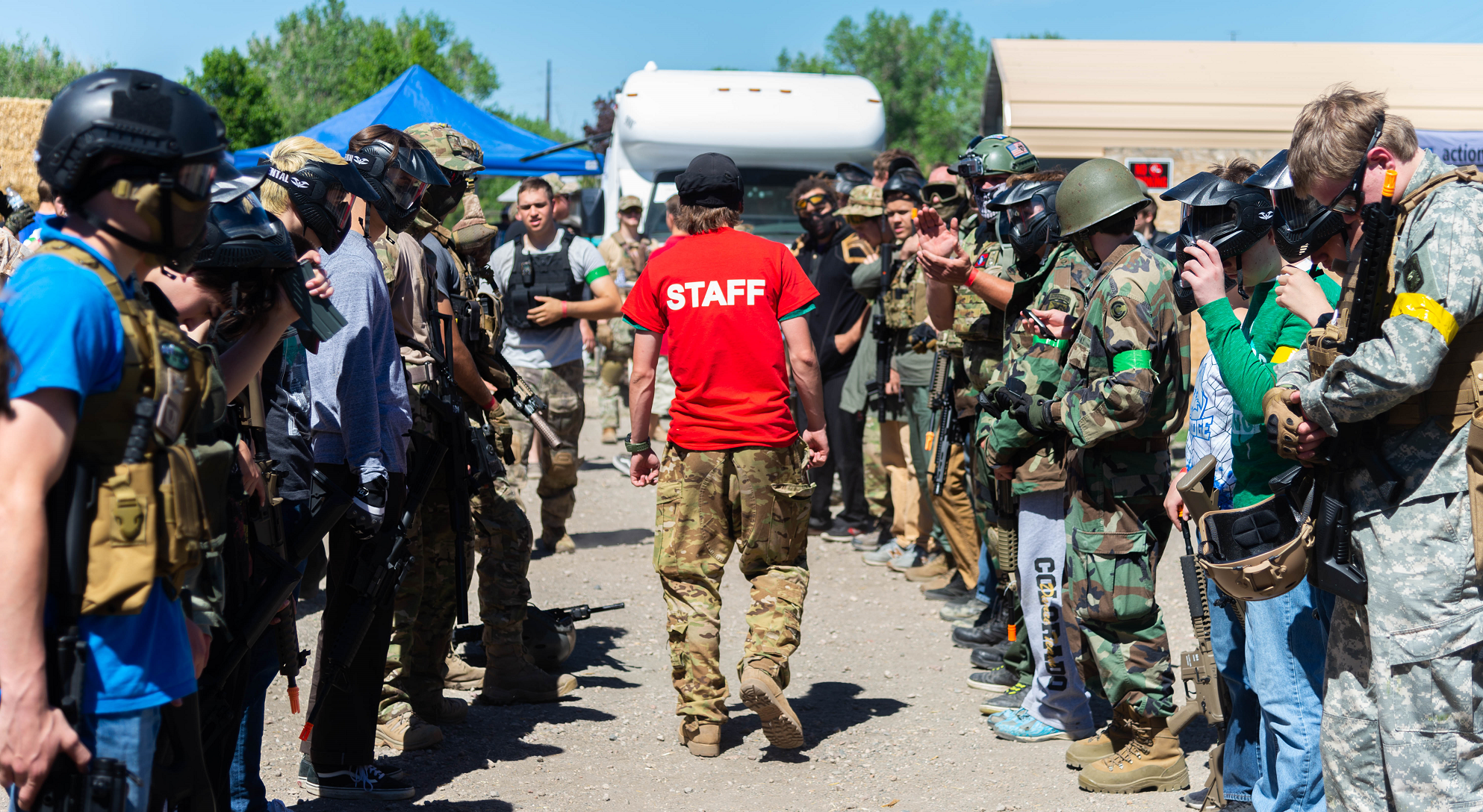 First of all, safety is the most important thing that you should keep in mind. Airsoft to an outsider can be an intimidating thing because our sport features very realistic equipment and the consequences of being unsafe can be life changing.

This is not intended to be a safety briefing video but some of the key points will be that everyone is responsible for each others safety and not just the people working at the field. You should also be proactive in this aspect because referees (refs) cannot be everywhere and even if a field has 100 refs, incidents can occur if players do not take this seriously. Though airsoft guns are not deadly by nature, they shoot projectiles and can harm people if used incorrectly or inappropriately, therefore you should treat them with the same firearm safety rules that you would apply to real guns. 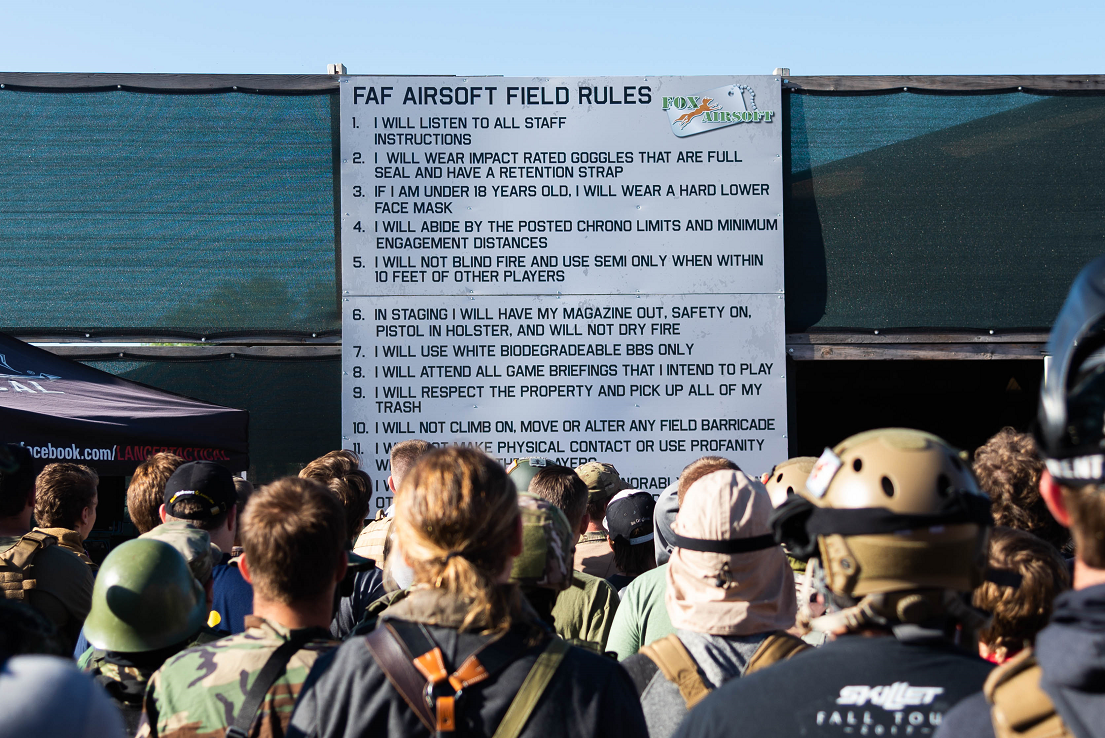 As we tell players, the staging area of the airsoft field is where a lot of things can go wrong because people get complacent. Apply firearm safety in airsoft by observing the following: 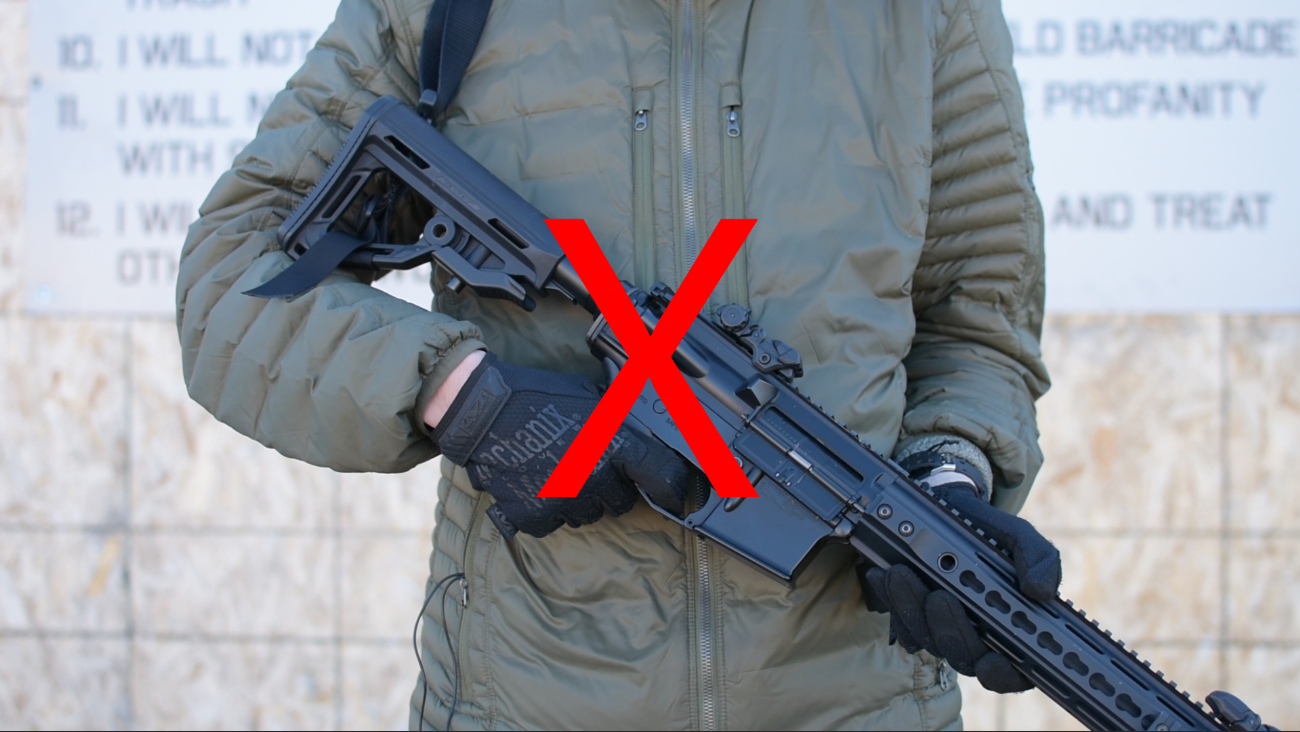 Keep that finger off the trigger! With the exception of a mechanical failure, the gun won't fire on its own unless you make it! 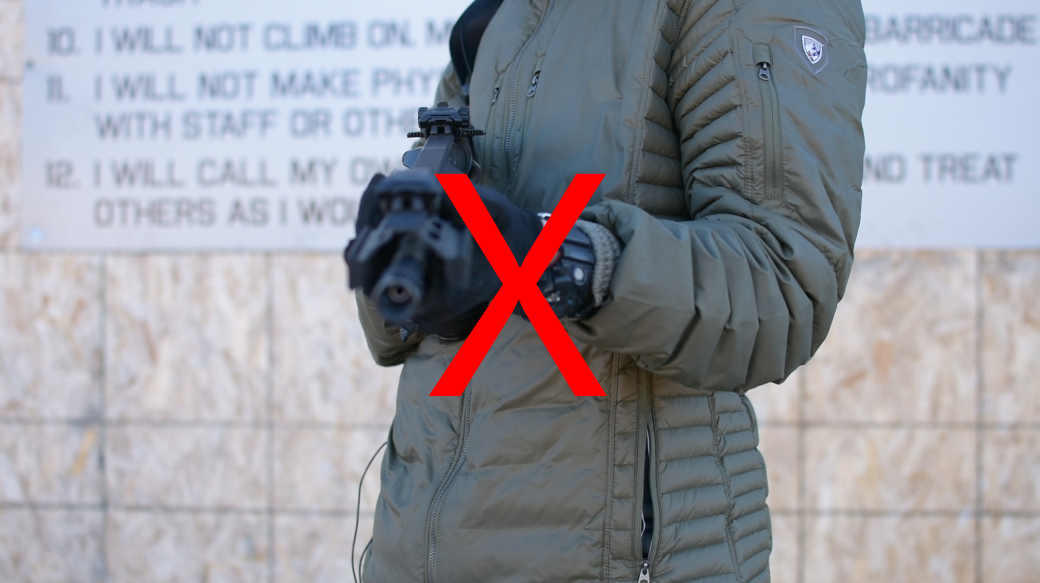 Be mindful of where you point that thing! Do not point it at someone (except in game of course). That means don't do it in the staging area either!

With the basic firearms safety out of the way, let’s talk about etiquette.

Airsoft is an honor sport. We don’t rely on marking to indicate who is hit, and so we must rely on people's honesty for the game to work. Although there are a bunch of sensational Youtube videos about cheaters, it is actually not as commonly occurring as portrayed. And if someone does have a desire to cheat, that person won’t last for very long in the sport because they will be on the radar of all the local fields and possibly blacklisted. 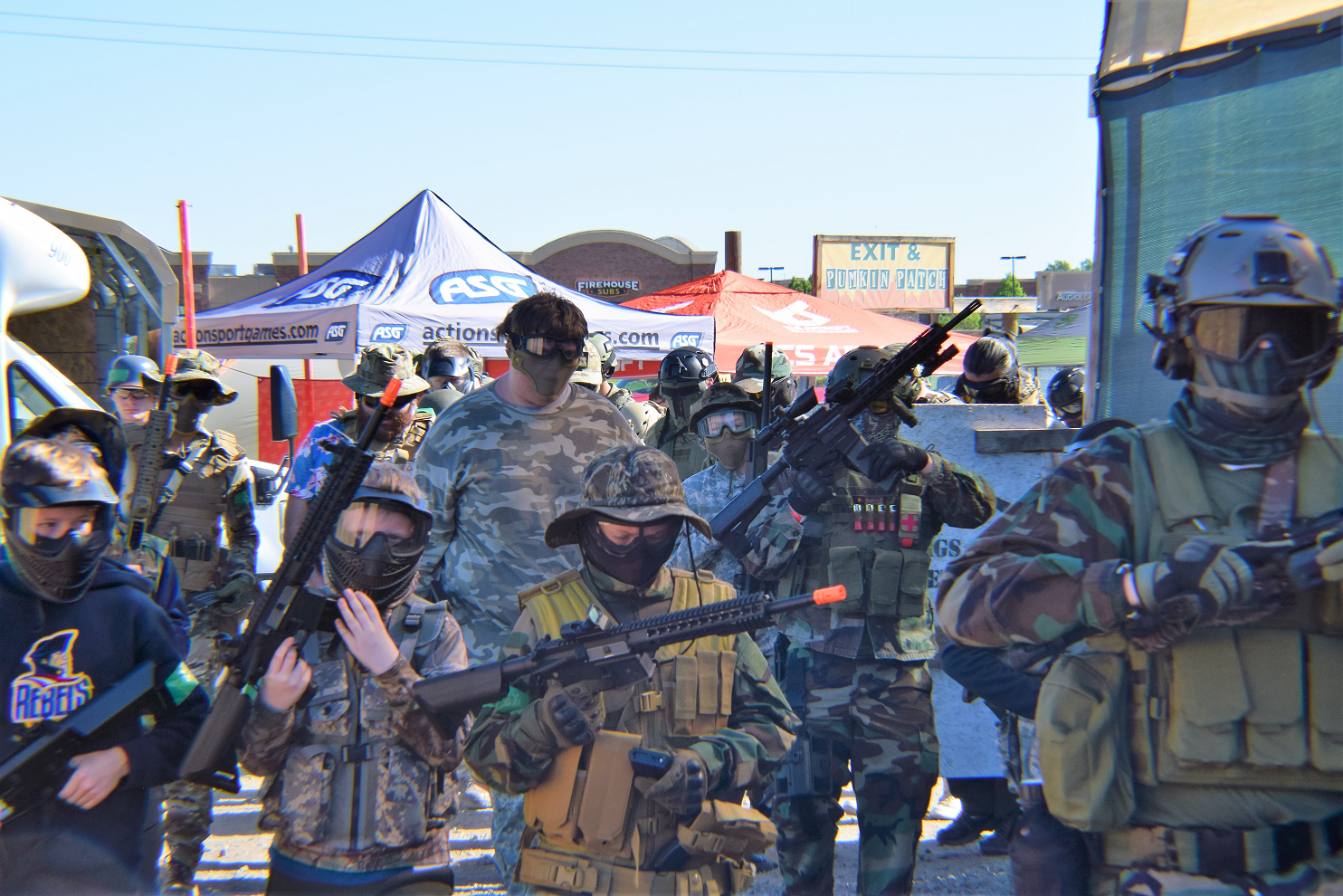 When playing, be aware that your attitude can contribute or hurt to the overall experience that other players are having, including your own. Kindness rubs off so people who put out good vibes will generally have a better experience. Obsessing over cheating or how good or bad their teammates play will not improve anything. Remember to not take yourself too seriously because you should be out there having fun, and that’s what other people came out and paid money for too.

One thing we notice at just about any field is that new players might get upset about is overshooting. What is overshooting? It is firing an excess amount of rounds into a player when they’re already out. While this is a legitimately bad thing to do, some people might have trouble distinguishing that from getting hit the normal way. You see when you get hit by a BB, since most people are rapidly firing their guns, usually there will be a few more hits to follow. To put it in another perspective, just like when you see an enemy player exposing themselves, you’re not shooting just one shot but you will be shooting a few. This is where most misunderstandings occur so keep a level head, keep cool, and carry on. Even still, getting hit is just a part of airsoft.

Airsoft can be a positive sport in many ways. For people it's a chance to suit up and do something that they’d normally do in video games. For others, it is a social thing where you can play with buddies and have a good time. For training or gun enthusiasts, this is a fun way to put some stuff you know into use. Whatever the case, airsoft is a growing sport and a privilege. If we don’t conduct ourselves in a positive manner in our local airsoft communities, we won’t have a place to play and the sport of airsoft can’t grow or even continue to exist especially if negative incidents wind up on the news. So next time you’re out there, carry yourself like an ambassador of the sport.