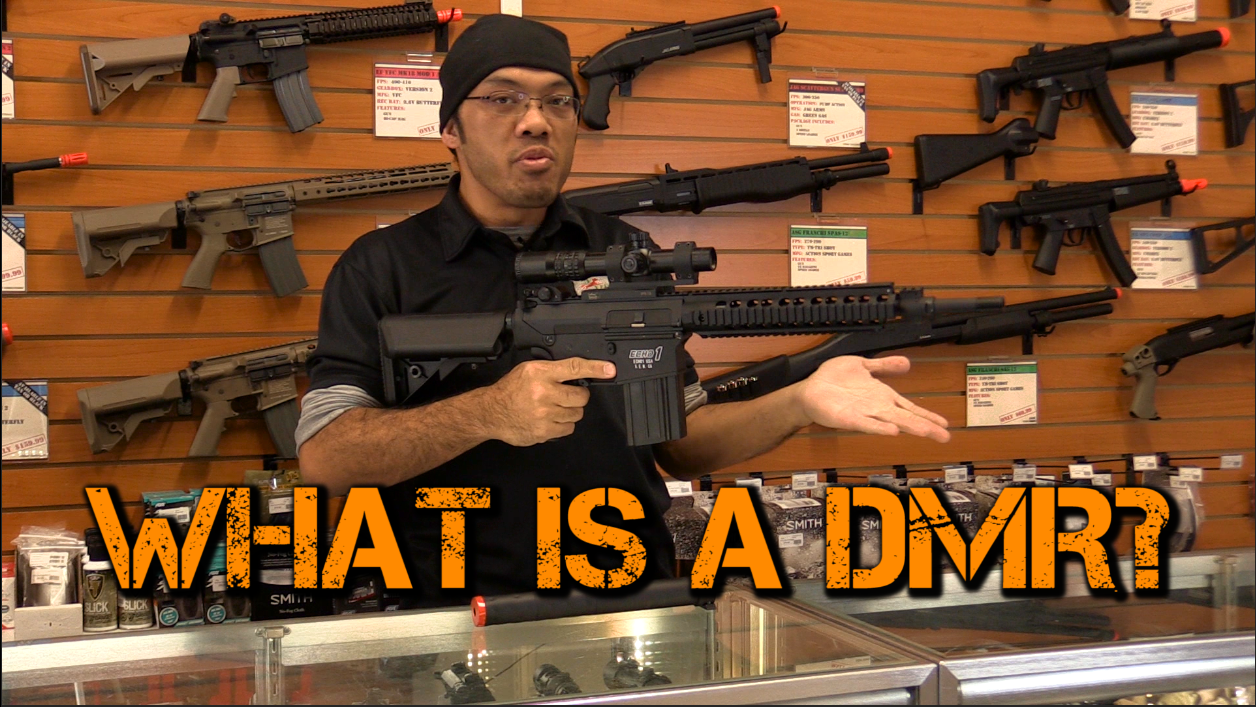 So you have been playing for a fair bit and you want to get into a specialized role to help your team out at a game or possibly a milsim op. A class that we often get asked about is DMRs. What is a DMR? What makes it different from other roles? Is it for you?

In real military terms, a designated marksman is a role within an infantry squad. It can go by different names depending on the unit, but essentially this is a role designed to give your average infantry squadron longer range capabilities. The range capabilities sit between a rifleman and a true sniper and the rifle itself is going to be a semiautomatic platform. Accurate rapid fire is going to be the name of the game.

Rifles can be anything from an intermediate caliber, which are often a round already found within the squad or sometimes a bigger round. In airsoft we're all using the same caliber round so we differentiate it by upgrades and the fields you play. If the outdoor field offers milsim friendly rules you will see that a DMR classified player is often going to have a slight bump in maximum allowed fps. You will trade your ability to use full auto, but for many players this is not a big deal. Full auto might have to be disabled internally or externally. Every field will split hairs differently. You might have an MED (minimum engagement distance). You might be restricted to what model of gun you use. For example, some event holders specifically say no M4 for DMR because that opens the floodgate for stubby guns with a scope being used incorrectly and ruining the immersion. Others might have the DMR class based on the combination of optic and mods to your gun.

At FAF, our local airsoft field, our DMR rules require a semi auto hard lock, 2 joule limit, and a magnified optic. Hard lock means it is physically modified, either internally or externally to prevent semi auto use. Having a gun with programming capability may not slide with some fields and would not be sufficient for ours either. 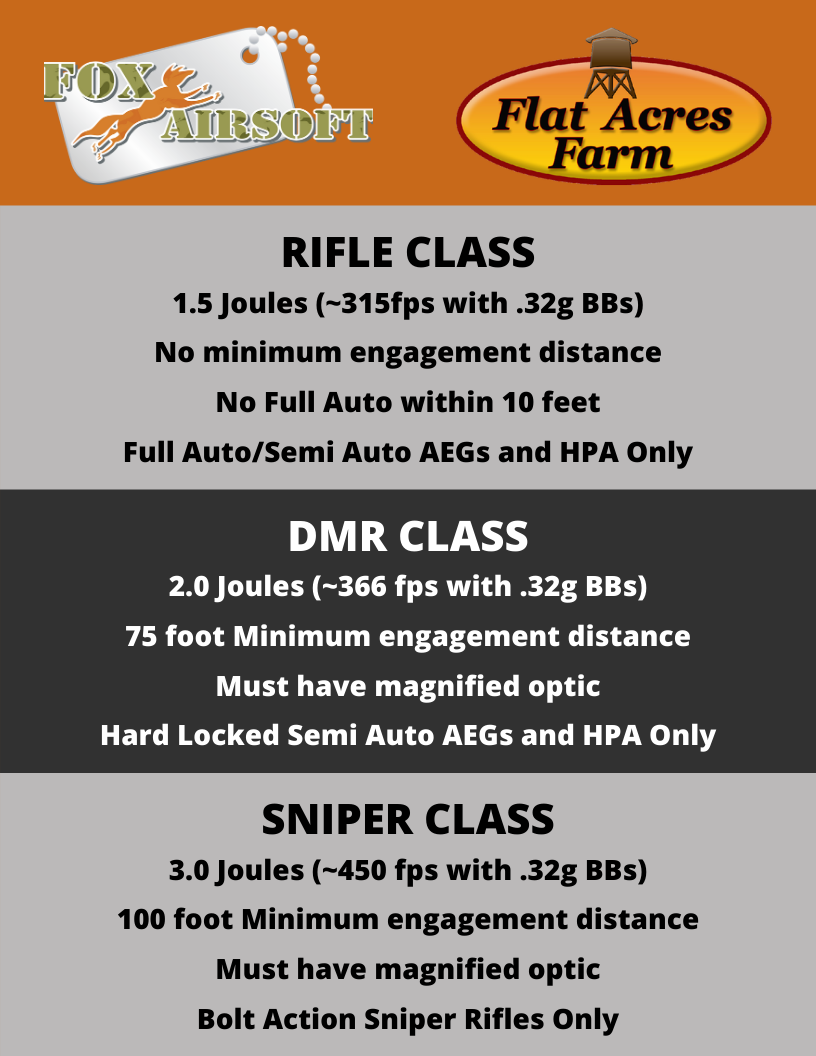 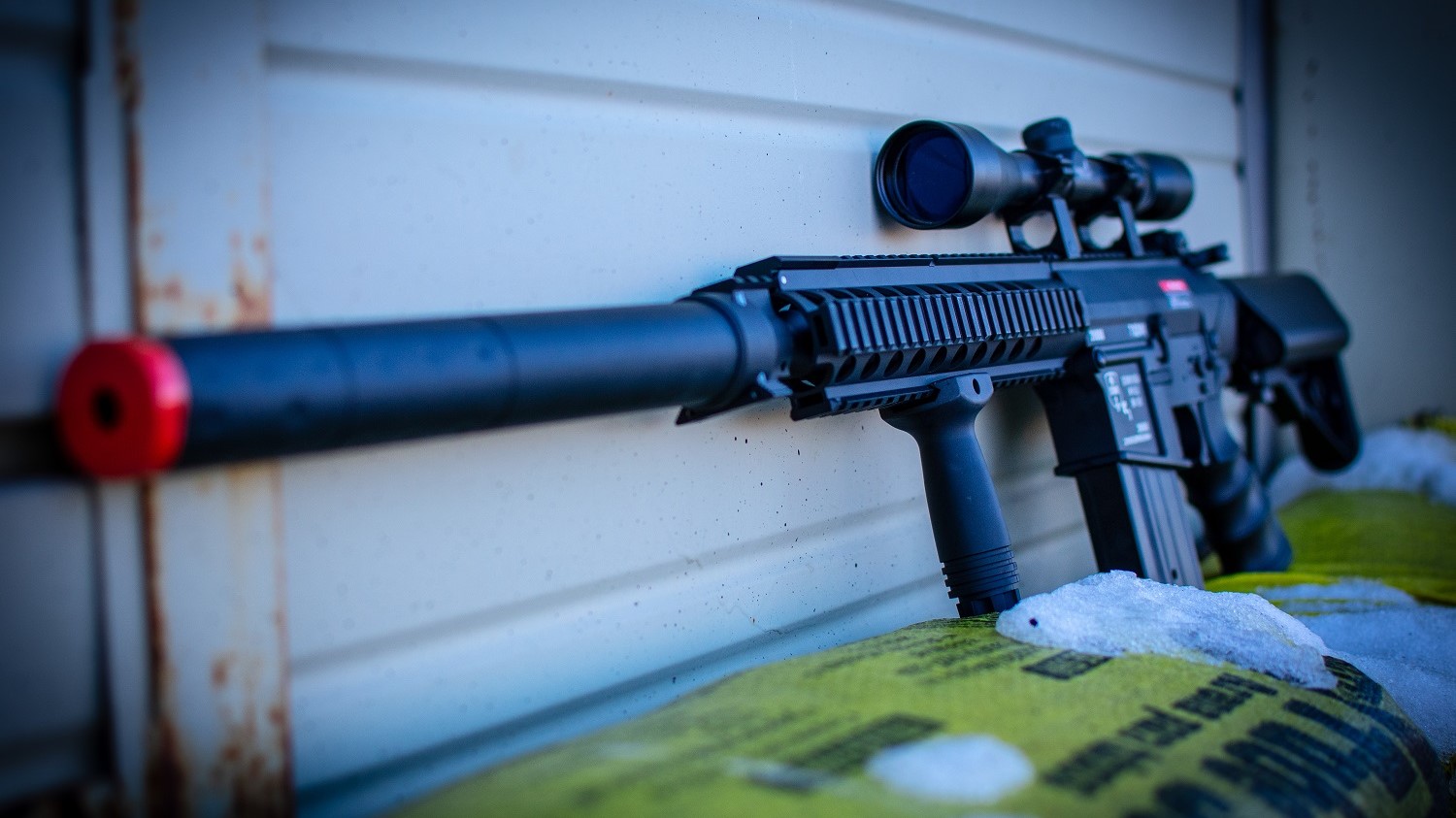 For events that differentiate DMRs by gun model, we can use this Echo1 ER25K as an example. It is styled after a big 7.62 style rifle and has the potential to be modified to shoot semi only.

Having a DMR should give you an advantage over a rifleman since you’ll have a slightly harder shooting gun and an optic. You can use this to give your team an advantage but you will often have to keep an MED. Be sure to carry a sidearm so that closer engagements won’t mess other players up. 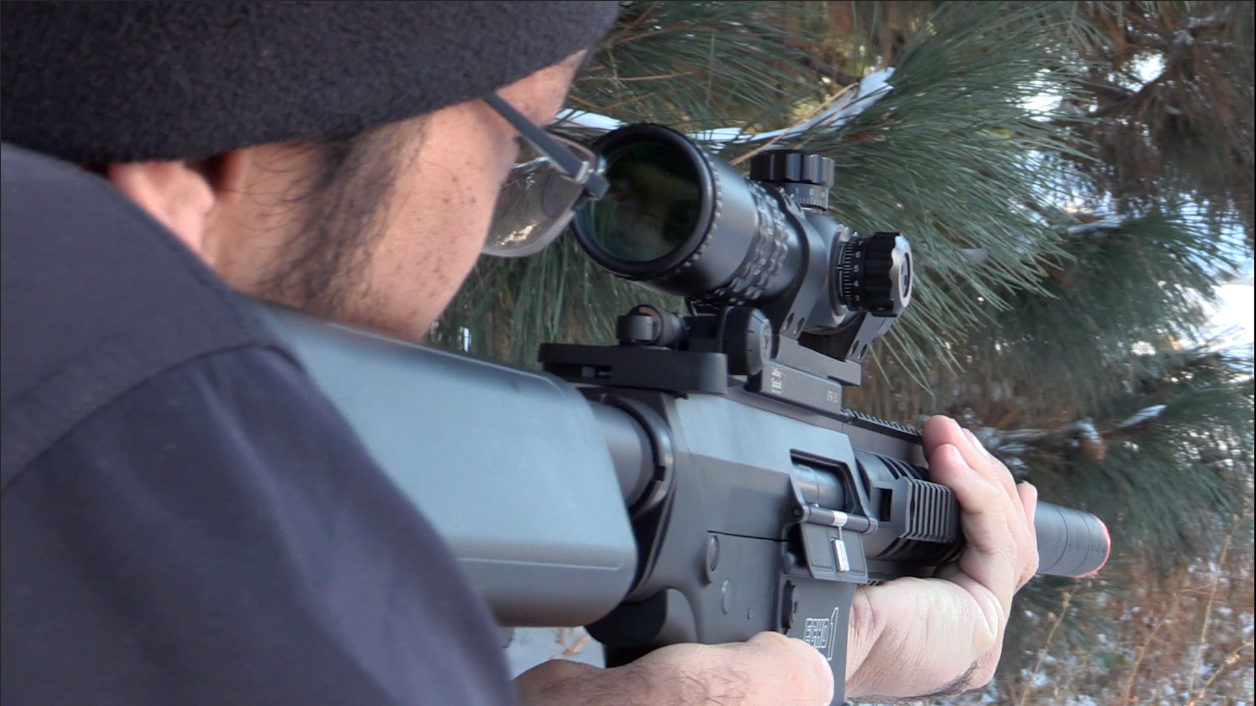 If this range advantage is significant enough for you and if you only see yourself using semi-auto, this might be for you. If you are an aggressive player who likes to run for objectives or engage up close, the MED might be a turn off. Another consideration is spending money to upgrade your gun to be a good DMR. If you are not about putting money into your airsoft gun for tech work, this would also not be for you.

Now let’s talk about this gun: The Echo1 ER25K. This is a full metal AEG and it shoots about 420fps with .20g BBs. This is a personal favorite of mine and for full disclosure, I used to run one of these myself for a lot of milsim games. This is not in our usual catalog but if you really want one, reach out to us and we’ll special order it for you. It comes with the mock suppressor, vertical grip, integrated sights, and a high cap magazine. The high cap holds 470 rounds. Mid caps are a pain to find though but they will take G&P SR25 magazines if you need to look. 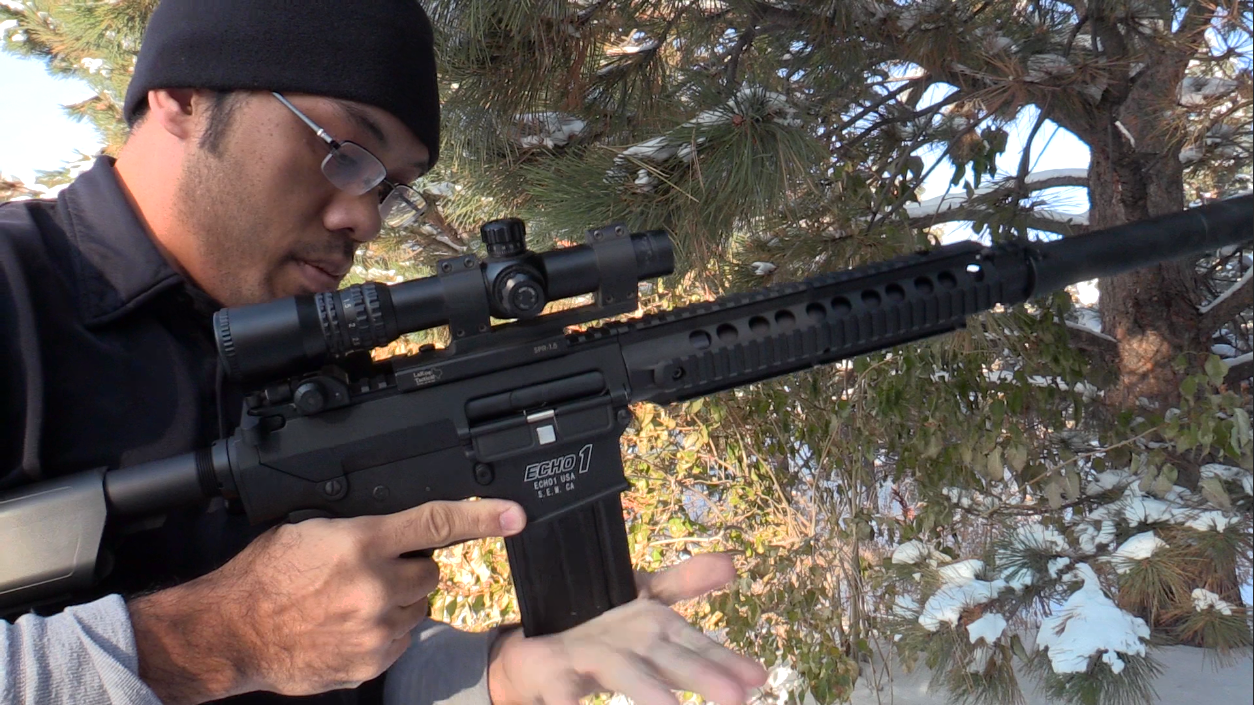 The main advantage is this gun is mostly version 2 M4/M16 compatible both internally and externally. That means you can do a lot with it in the looks and performance department. To get this to DMR configuration, start with a magnified optic. Next, turn your attention to the gearbox and upgrade it to whatever your field or event limits you to. Semi auto locking is done at this stage. You can also swap the fire selector out and it will also lock you out of semi without having to open your gearbox up.

The majority of the internal parts are similar to an M4 so upgrading it is easy. Some customers have us put Gate Titans and the whole nine. For some, a simple tight bore swap actually gets you close to 2 Joules by itself. At one event that allowed for some really high limits, I ran mine at 3 Joules which is pretty insane. I kept a 100+ foot MED though. We're giving away this gun for our contest that ends in December by the way. Sign up here.

For fields or events that aren’t gun restrictive, I’ll more likely use an M4 because it is more flexible and I can run the gear I am setup for already as a rifleman. With that I'd run a longer barrel with a tight bore barrel and some slight modifications and that should give me the range advantage I am looking for when I want to be a more supporting teammate rather than an assaulter. I think that covers what a DMR is for today and I’ve shown you some examples. If this is something you want to consider playing as, contact us about the gun and upgrades you need to get you there.